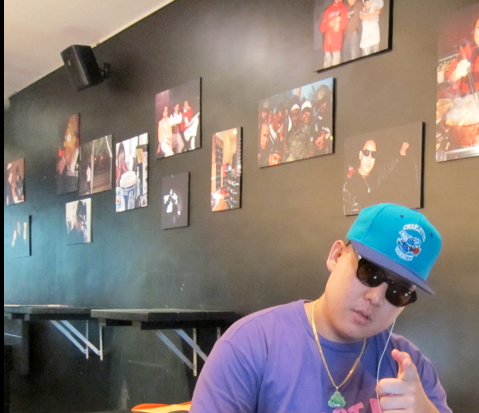 Opening two restaurants in less than six months is a feat that would push any chef-entrepreneur to the point of exhaustion or criminal insanity. But Eddie Huang, “head cook” and owner of Baohaus and Xiao Ye in New York, still finds time to write a blog and travel across the United States to various food festivals, talking about his style of Asian cuisine.

Serving up pork, beef and chicken gua bao (Taiwanese steamed buns) with small doses of self-deprecating humor on the side has made Huang one of the newest stars in NYC’s restaurant scene. He’s one of the featured panelists at this year’s Asian Feastival, held in Queens, N.Y., on Sept. 6. When asked about his role at the event, he was uncharacteristically short on words, “Talking. What’s new?”

He kindly answered a few questions for the ZKFJ.

What is the difference between Taiwanese cuisine and other Chinese cuisines?

Compared to the Chinese food many people know, Taiwanese to me is really influenced by being an island. There is less meat, more vegetables, more dried ingredients — much like Cantonese cooking. Because of the heat, people had to cure things. You have salt-cured pork, preserved bamboo, dried shrimp, fried shallots, dried mushrooms. These things are all very common in Taiwanese food. Every cuisine has its signature dishes. For Taiwan, I’d say five of the most popular are:

Taiwanese beef noodle soup features shank. So, from these dishes, you see, no one uses expensive cuts of meat. They are very proletariat recipes that use what’s available.

What do you like to eat, beside your own or your mom’s home cooking?

If I eat out, I end up eating a lot of Vietnamese, Mexican, Korean, Lebanese, Turkish, South American and Southern American. I’m not the biggest fan of French. I loved Italian growing up, but I cook it at home so I don’t go out for it as much. I also like Japanese food, but either its omakase or izakaya food.

In terms of Chinese food that I like — brunch — I like dim sum, obviously, but my favorite is Shanghainese food. They braise a lot of meats. They have a good amount of seafood. There are nice breakfast dishes like soup dumplings. It’s just a very balanced, regional cuisine. It covers a lot of techniques, and they do the best job, in my opinion, of balancing savory with sweet and herbal. I don’t like the style of cooking where certain flavors, herbs or elements are over-accented and stand out. I like food [in which] the flavors come together as one, and you aren’t looking to isolate flavors. 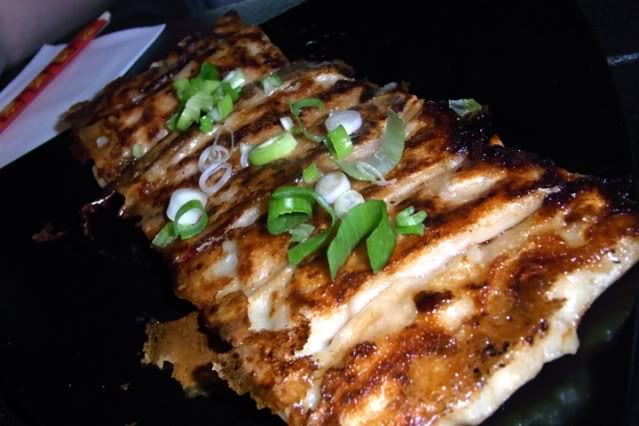 What is your definition of “environmentally conscious food”?

You do what you can. I’m not the type [who] goes around pulling people’s cards in terms of how environmentally conscious they are. I use all-natural meat at my restaurants. Chicken, pork, beef — all of it is no-hormone, antibiotic-free, all-natural, etc. We go to market for seafood and produce, but it’s very difficult. I also use soy milk when I can. At Baohaus, we use strictly induction cooking methods. When I cater, I use induction as well.

I think restaurants should just be honest with themselves and do what they can. It’s one of the hardest industries out there, and change is not going to [come] overnight. Some of these restaurants have trouble staying in business while paying for commodity meat, so I’m in no place to tell people to go all-natural.

A question anyone from Sonoma County, California: What was it like meeting and working with Food Network chef Guy Fieri?

Ha, ha. You know, going into the show, I thought he was going to be a s— show. Food Network has tapes of my interview, [in which] I’m imitating him, making fun of his backwards glasses, etc. But, in person, he’s really cool. You hear it all the time, “This guy’s down to Earth,” but it’s true. He’s a good dude — lower voice than on TV, knows his food, about his business.

I read you’ll be in the San Francisco Bay area for a showdown with the Chairman Bao food truck at the Real Eats Food Festival in Oakland [Aug. 27 to 29]. Tell us the history of this showdown and what you hope will come of it.

I actually think we’re coming for Off the Grid [a weekly gathering of mobile food vendors in San Francisco at Fort Mason]. Hyun [Kim, his communications coordinator] is talking to Mobi Munch about setting it up, so as soon as we have final details, we’ll let you know.

The history is very simple. I created the Chairman Bao. Every one knows it. If you [searched Google for] “Chairman Bao” before the Chairman Bao Truck, I was the first page of hits. I opened Baohaus in December 2009 and had the name out there a few months prior. If you are going to invest in a venture as big as Chairman Bao, it is reasonable to expect someone to [search Google for] the name before jumping in. So, obviously, they saw I was using this name and still went ahead with their knock-off.

I just want them to stop using my name and for people to know what the real Chairman Bao is. A lot of people think it’s petty. But I’d ask them to go work 16 hour days for five months straight, build a name for themselves, and then I’ll come jack it. [Read more about the controversy.]

If you want to hear more of what Huang has to say about the future of Asian cuisine, go to the Asian Feastival on Sept. 6 in Queens from 3–3:45 p.m. He’ll be discussing “The Next Generation of Asian American Cuisine” with Akira Back and Lee Anne Wong.