I got up around six. Only around three hours sleep. Got ready and went downstairs for breakfast. They had a Filipino-Western buffet. Out of the breakfasts I’ve had all over the world, I’m finding the Filipino one to be one of my favorites—especially if I can get loads of longanisa.

Our first stop was a behind-the-scenes look at a tourism destination that’s still under construction, Haciendas de Naga. We started with the gardens, where we picked, shucked, and ate some pili nuts. The texture and taste made me think of walnuts without the bitter tannins. 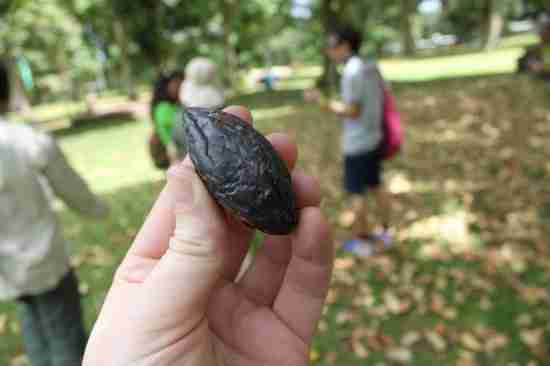 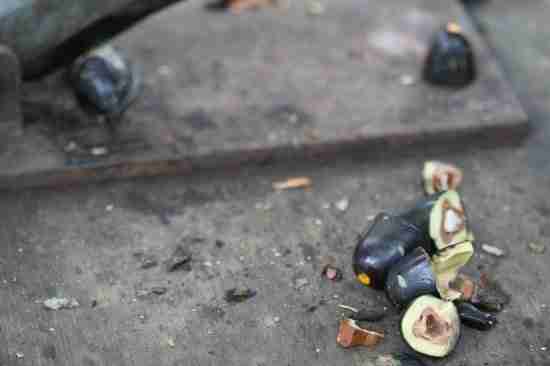 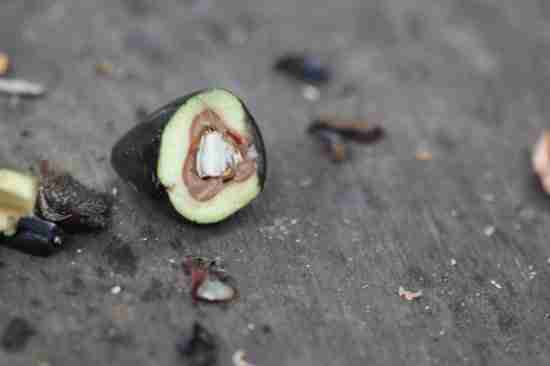 We caught a glimpse of a Spanish-style model home that would be for people who want summer homes in the area. We then went down to the main amusement section of the park. One of the only finished parts was the wave pool, and a few people were in it. There was a golf course with goats running around it. Only four holes had been completed. I saw a helmet diving building under construction. There were also horses, which drew carriages for riders. 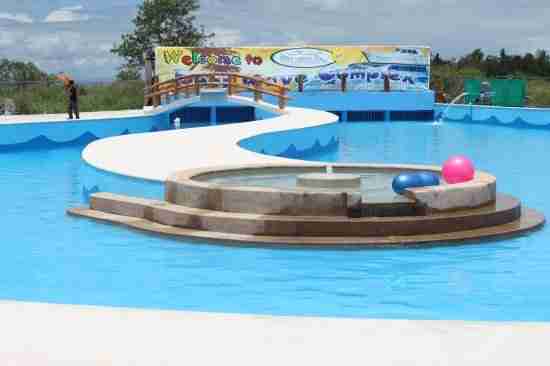 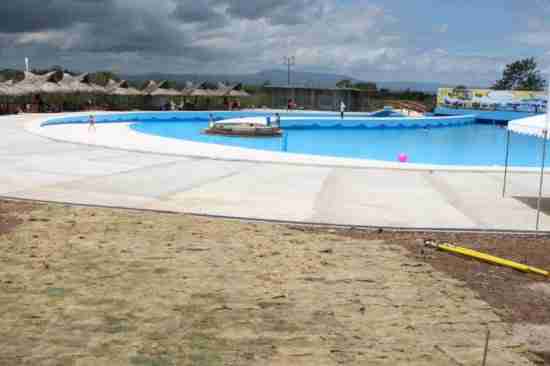 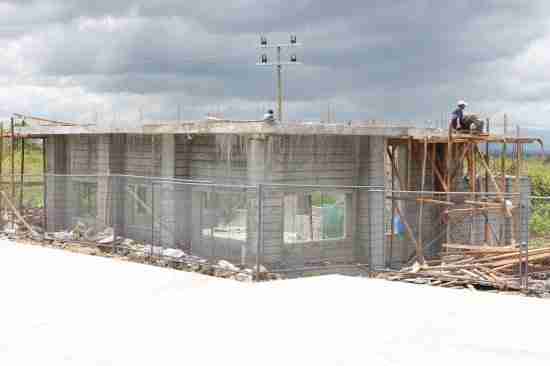 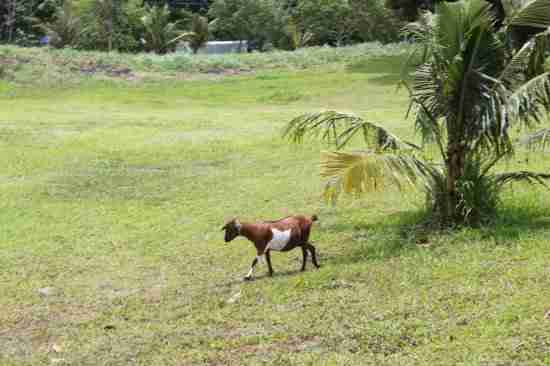 After grabbing some mango shakes, we took a drive to where they’re building a “Jurassic Park” and an ecological preserve. The only things completed here were some dinosaur statues, a rock climbing wall, and a zipline. I really wanted to try the zipline, so we all stopped, and almost all of us rode it.

It’s an ambitious development, and I’d like to see how it does when it’s completed.

We ate lunch at Bob Marlin. It was a restaurant themed after—guess—Bob Marley. We sat in the covered patio section with some buckets of beer. 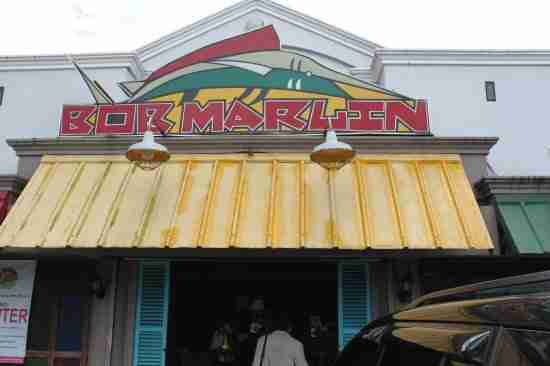 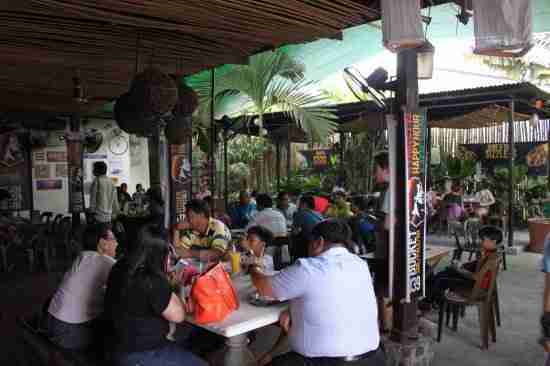 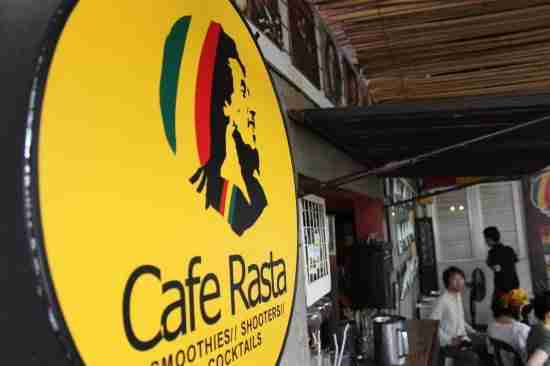 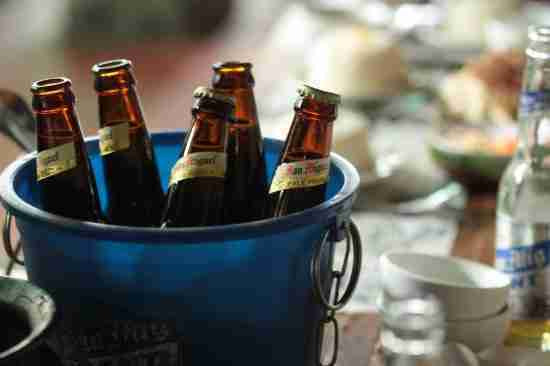 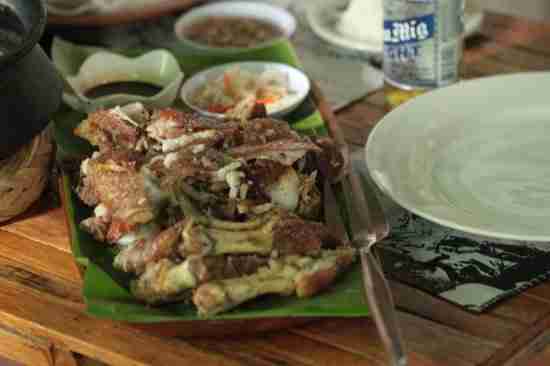 Out came some amazing dishes. The Crispy Pata was pig trotters cooked so the skin was perfectly crackly on the outside and moist, drippy, fatty on the inside. It came with a tart soy dipping sauce. Just ate it with my fingers. 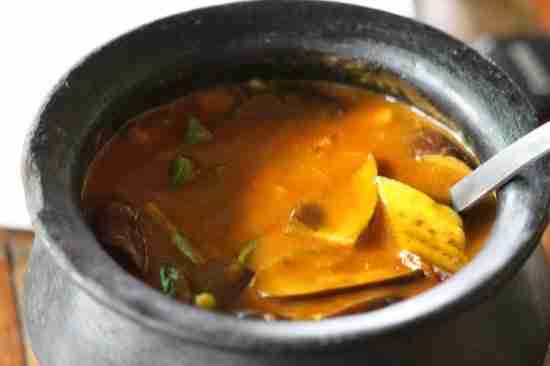 Beef Kare-Kare was beef stewed in a spicy rich sauce with coconut. 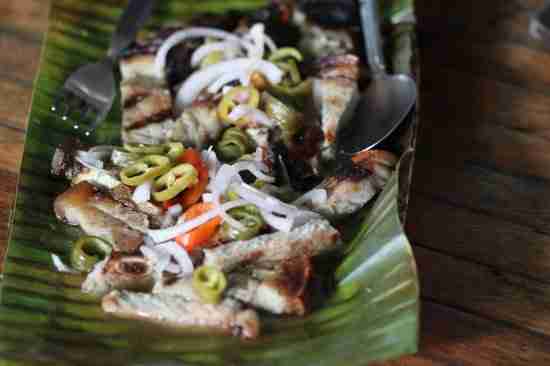 Another one we loved was Sinugbab, barbecued pork served with chilies and vinegar. It was like North Alabama barbecue, where we put spicy vinegar on our pulled pork sandwiches.

We were then dropped off at SM Mall to do some shopping. I used the opportunity to explore the supermarket. People don’t know that a supermarket is a great place to get acquainted with a culture and grab souvenirs. I loved the produce section. All these tropical fruits that would fetch a high price in Korea. I grabbed some bottled sauces, some candy, and other treats. I also got some sliced fruit—some I had never had before. 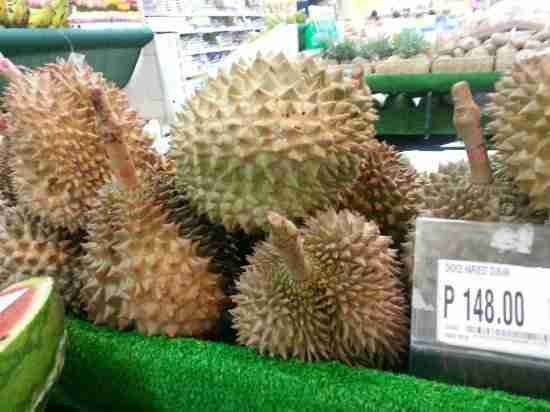 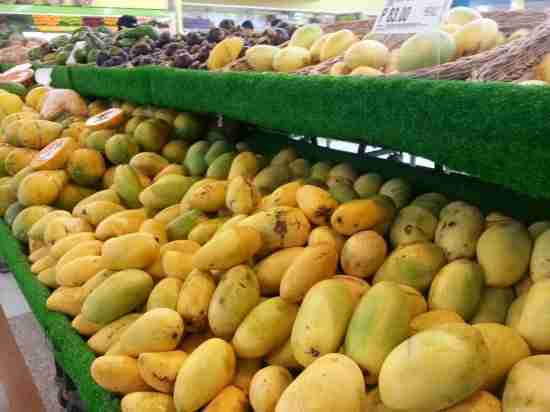 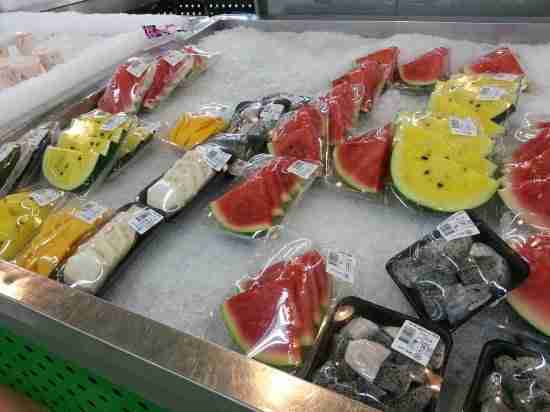 So many things to try!

Our tour guide, Crisma, was a perky young woman who grew up around here. So she was chatty with all these details, mostly about stuff she did as a kid. We drove up to Panicuason Hot Spring Resort, where she said she used to go to all the time as a kid. And she still does. The hot springs were nicely divided into four pools of ascending temperatures, hugged by a steep jungle-laden cliff. I hung out with Crisma, Joanna, and Harry. We didn’t get all the way up to the fourth pool, but we had a relaxing time.

Crisma then took us to a buffet restaurant she liked a lot. The owner was an older woman with a sharp edgy wit. I was pointing to some gabi leaves, asking what they were. She laughed and said, “Marijuana! Mary Jane!” 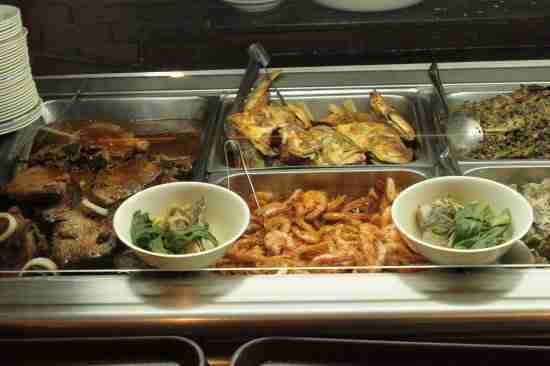 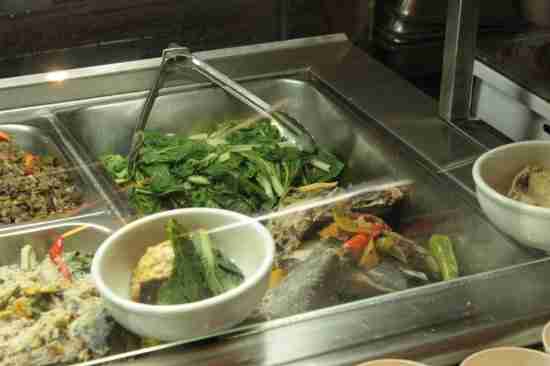 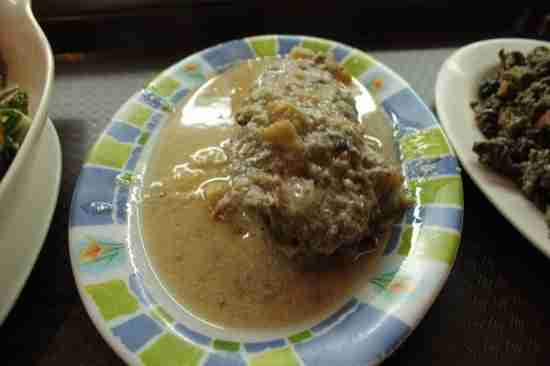 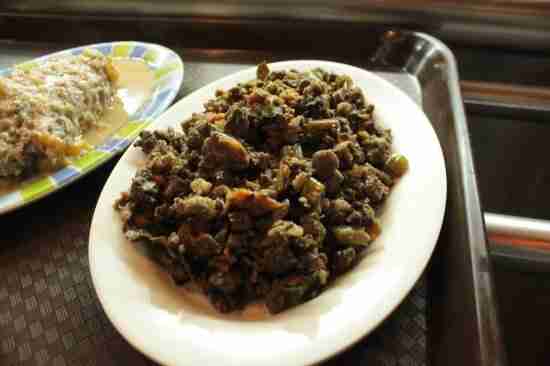 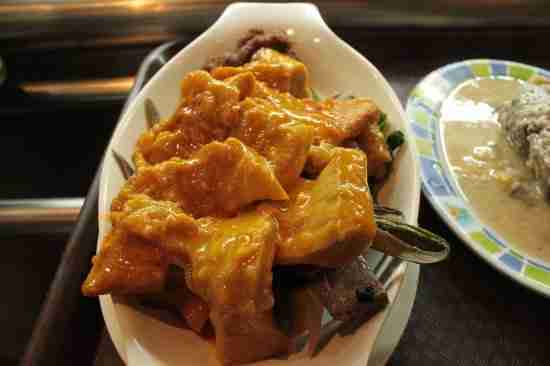 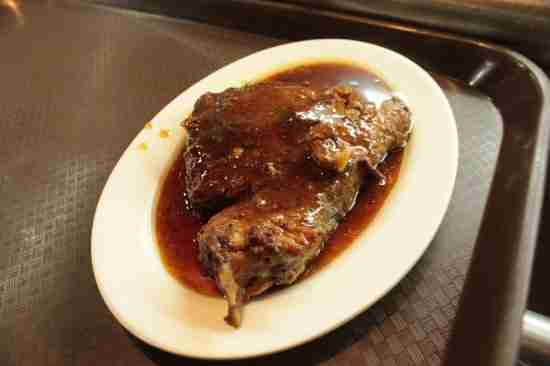 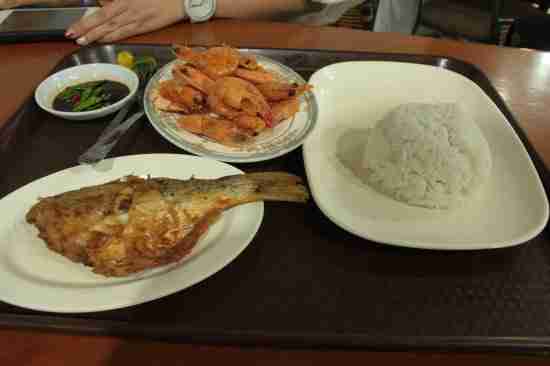 We had a full spread of food. I particularly liked a chopped liver dish that was mixed with garlic. Reminded me of haggis. There was also a fried fish with a sweet ginger dipping sauce. Another one of marlin cooked in coconut. Another interesting one was a cut of pork from near the skin of the belly that one wrapped around vegetables with a smear of shrimp paste. Reminded me of BoSsam. There was nothing I didn’t like. In fact, I’ve had only one disappointing meal experience so far in the Philippines, and that was at a rest stop late at night.