ON TV: ZenKimchi on “Chef on the Road”

I’m a little late reporting this. THAT’S HOW BUSY I’VE BEEN HERE!!

Show: “Chef on the Road”

Award-winning chef Ryan Clift has five days to learn what he can about Korean cuisine and come up with a Korean dinner for Korean food experts. 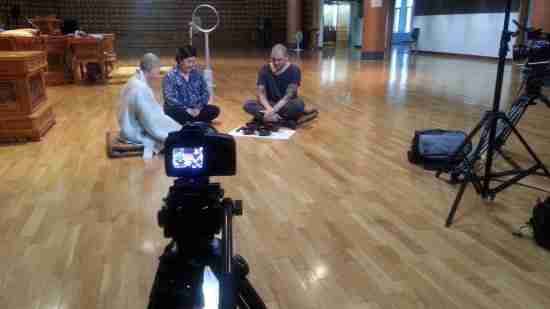 We were fixers for this episode. Veronica (ZenKimchi’s partner from Plan El) and I were along for the ride on screen. Also appearing are Joyce Kong (Knifing Forking Spooning) and Dan Gray (Seoul Eats) I’ve seen the episode, and even if I wasn’t in it I’d say it was a good portrayal of Korea and Korean cuisine. Veronica and the Venerable Seon Jae teach him about Buddhist temple cuisine. Dan shows him around Jeonju. I start out with him, testing the limits of his stomach with spicy street food and BBQ’d intestines. 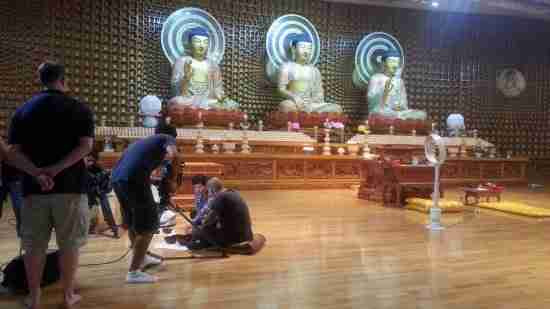 Here’s the part where I screwed up. It has already premiered in most parts of the world…

Here are dates and times that haven’t passed yet.

Unfortunately, no airings in northeast Asia, including Korea. For now.

Many of us also acted as the food experts for the finale. Ryan made an amazing meal at the W Seoul’s restaurant Namu. 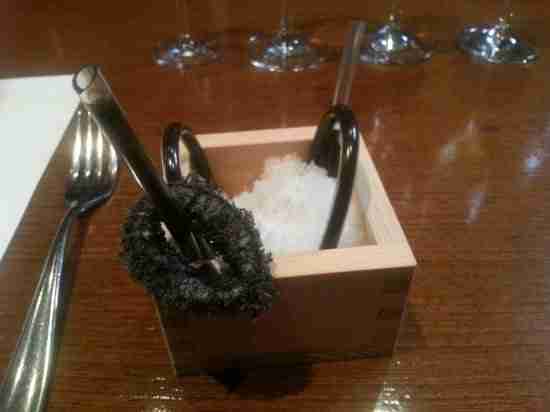 The amuse was a squid ring coated in squid ink infused bread crumbs. A straw had a mixture of squid ink and doenjang. We were supposed to eat the squid and chase it with the straw juice. The salt was just for decoration. 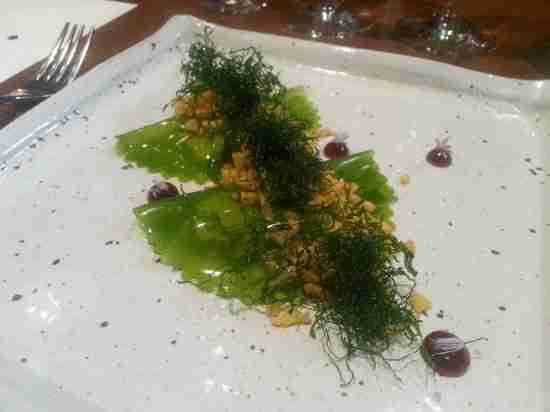 This was inspired from his jaunt with me through Hongdae. He liked these sesame leaves wrapped with pork make into jeon. I think he switched to tofu from pork after the menu was printed. The leaves were made with a jelly of sesame leaves. The texture was funky, but the taste was almost exactly what we had on the street. 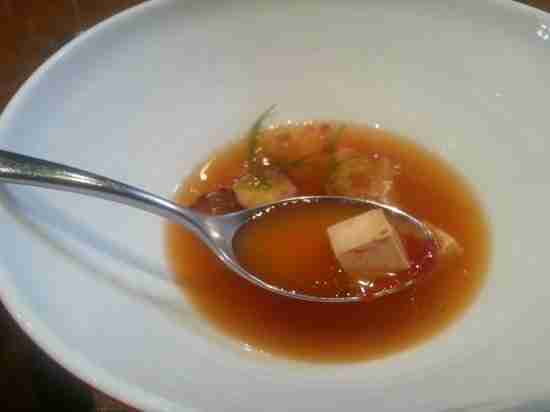 He used some meat glue on the scallop. Don’t ask me the details. But anyway, the doenjang jjigae we had together his first night also made a big impression on him. He made it into a consomme that also tasted very close to what we had that night. 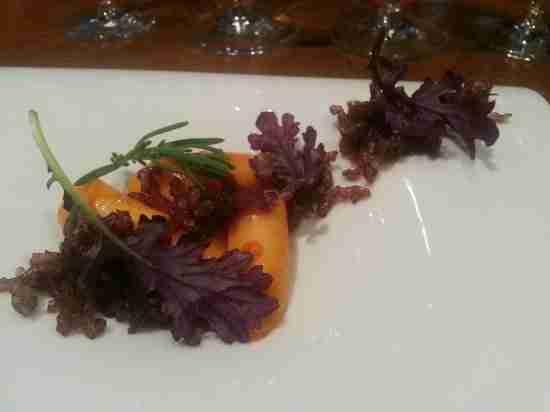 Another inspiration from our street food walk. The tteokbokki he made from gelled beef stock. He scattered the insides of sundae over there. Though cool, the texture of the tteokbokki was like cold bacon fat. I didn’t appreciate it as much. 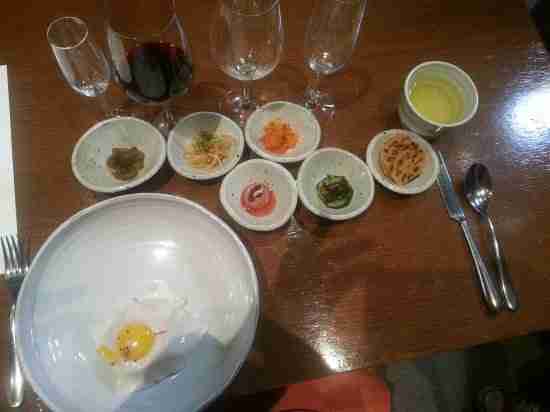 By far his most complex dish. He made all that banchan and worked to speed up the fermentation process. Some of them took a few days. The bibimbap was some fried millet, I think. It was a bit of crunchy with soft with the gohchujang. The egg white was made from soy milk with a yolk on top. The bibimbap was so surprising in its textures and whimsy. Only one of the banchan I didn’t like. Forgot which one. I think the cucumbers. 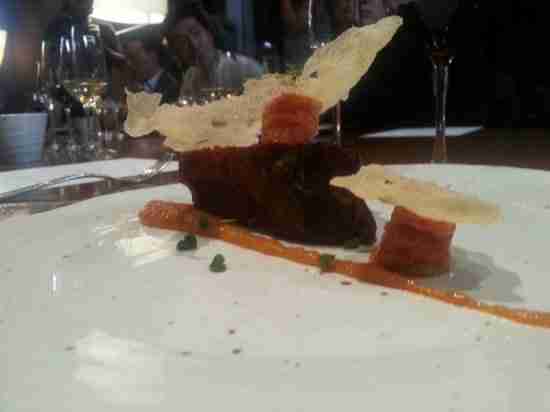 Succulent sous vide beef. That’s always easy with me. The cracker was, yes, made with prawn heads. The kimchi was also well done. Love this dish. 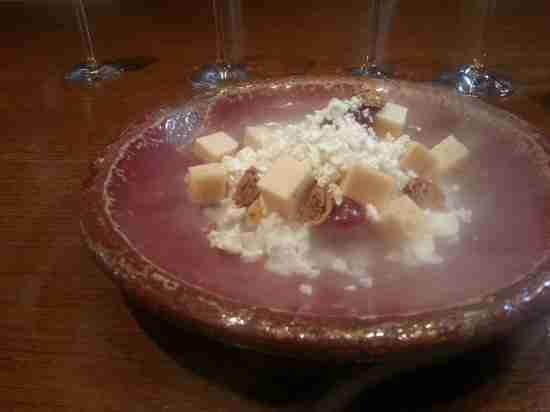 A fun dessert. He took some moju, which is like a spiced makgeolli, froze it, and shaved it. Made these crispy puffy makgeolli croutons. Little cherries made from red beans (pat). Daechu and nuts. He then ladled some liquid nitrogen on for extra measure tableside. The textures and flavors were elegant, and I’m still a kid with nitro desserts. 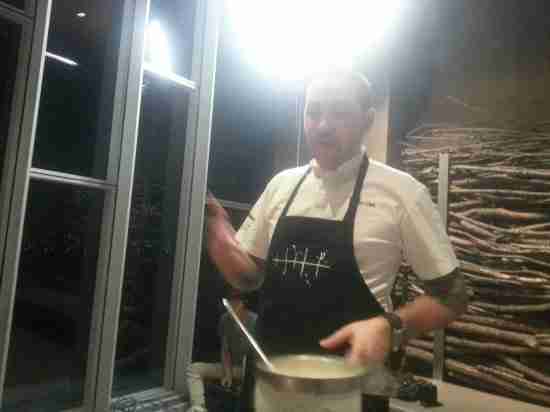 I really want to thank Ryan and the talented folks at Hurrah Productions for a great time and mindblowing food.