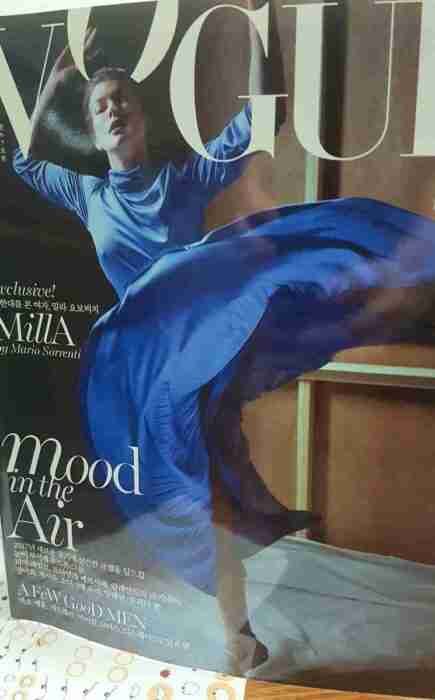 You may have heard that I and a lot in the Seoul food community are not happy with the new Michelin Guide for Seoul. It so obviously reeks of either corruption or lack of experience with Korean cuisine and the Seoul restaurant market. 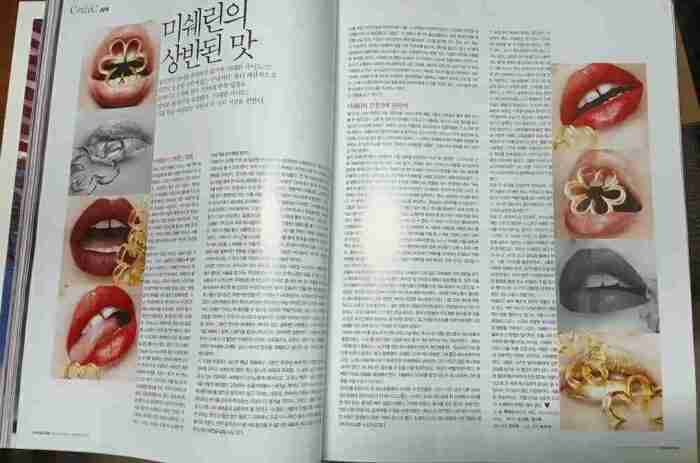 Vogue Korea asked me to write a counterpoint opinion piece to match with another piece that praises the Michelin guide. It just came out now. Here’s the English version.

Is the Michelin Guide corrupted?

A few years ago, I was sharing a dinner table with foreign restaurateurs and Korean chaebol executives. One of the executives bragged that he had inside information that the Michelin Guide was coming to Seoul. The French and Italian restaurateurs were baffled. They said that even though the Seoul culinary scene was evolving rapidly, Seoul restaurants had a long way to go in service and consistency. The chaebol executive smiled like he was giving us a secret. “Oh, we are going to find a way to bring it here.”

Now it is here. There has been a lot of praise for it, but the praise sounds more like press releases than real journalism. Does the Michelin Red Guide make Seoul a serious culinary destination?

Older government officials and businessmen have been eager to bring Michelin to Seoul. Some of them didn’t even understand what the Michelin Guide was. Much of this effort was spearheaded by members of what in Korea are known as the “386 Generation.”

This is a generation that has watched Korea grow to the powerful wealthy nation it is. They are extremely obsessed with status, especially international status. This generation exhibits a naive nouveau riche outlook. They care more about image than reality.

They want to create this illusion of international prestige. They waste money posting full-page ads in The New York Times and putting giant billboards in New York’s Times Square to promote Korean food, even though they have no effect. This generation has a strange desire to impress western elites. This explains why they have made so much effort to bring Michelin to Seoul.

The confidence of the chaebol executive I had dinner with, along with news I’ve heard about secret meetings in Singapore, have tainted Michelin’s purity in its intentions to come to Seoul. In the past, overzealous government officials and businessmen have made unethical deals to bring international sporting events and other faux status symbols to Korea. Should we assume they haven’t done the same with Michelin?

Many of us in the Seoul foodie community gave Michelin the benefit of the doubt. We hoped that Michelin had not been influenced or guided by these overeager Korean elites. When the Bib Gourmand and the star ratings came out, it confirmed to many that Michelin had been corrupted.

The Bib Gourmand, a list of notable restaurants for travelers, looked similar to the same lists put together by government tourism organizations. Most of them were restaurants that old people liked. Some of them are still great, but others are just famous for being famous.

It was also odd that almost half the list consisted of mandu and kalguksu restaurants. For food lovers, it’s baby food. It’s what Koreans serve to foreigners who think they can’t handle spicy Korean dishes. The Bib Gourmand list looked like something a government official would come up with based on old stereotypes of foreigners.

The great controversy that got the food community angry, seriously angry, was which restaurants received stars. Many of the restaurants that received one star are considered excellent places that deserve at least two.

When they saw which restaurants received the rare three stars, they called bullshit. Something was afoul. A Michelin three-star restaurant is not only a good restaurant. It’s a restaurant you would travel across the country–across the world–to dine at. It serves food that is so unique and at the top of the game that you can’t find anything like that anywhere else. It creates a perfect dining experience. The two Seoul restaurants that received three stars hardly qualified for such an honor.

One is owned by a restaurateur who is heavily involved with Korean food promotion programs and believes that just putting an expensive price tag on above average food and soju magically gives it value. Another of his restaurants also mysteriously received one star. The chef at the three-star restaurant was quoted in the press that Korean food needs to be more “approachable” to foreigners, which again, is condescending.

Inside sources have told me that the Michelin inspectors were given a list of restaurant suggestions ahead of time. Some of the restaurants likely were given advance notice that an inspector was arriving, which is highly unethical. I myself was a top judge for the Miele Guide, and I saw firsthand how unscientific and flawed these guides can be.

Let’s look at this truthfully. Does Seoul need a Michelin Red Guide? Is this to help travelers? Or is it another status symbol for 386 elites?

The largest complaint about the Michelin Guide around the world these days is that it’s diluted its brand. Before the internet and before more competition in dining guides, Michelin was well revered. Yet Michelin is a business, and a business needs to expand. By publishing the Seoul guide they are guaranteeing themselves easy income from status-obsessed consumers in Korea. It also helps that the Korean government is giving it at least four hundred million won in free advertising through a “secret agreement.”

Michelin is quickly become a relic of the past. With each issue, it is proving itself more irrelevant. Restaurants in America and Europe are even rejecting their stars. It’s nice that it’s come to Seoul, but don’t take it too seriously. The uncomfortable truth is that having three-star restaurants in Seoul doesn’t help Seoul’s reputation. It hurts the Michelin Guide’s reputation.

The only people who really care about having the Michelin Guide in Seoul are those who are obsessed with Seoul’s international status. They are obsessed with impressing western elites. They aren’t confident that Seoul can stand on its own as a restaurant capital.

Seoul is a unique, proud restaurant city. It doesn’t need Michelin to prove that.

UPDATE: I’ve been hearing back from world travelers who are well experienced in dining at Michelin-starred restaurants. They went to GAON because it was a three-star Michelin restaurant. They said GAON was a great disappointment. This is going to hurt both Michelin’s and Seoul’s dining reputation.

Where Progressivism has failed (and where it will win)