Korea has gotten much better for finding foreign products than when I started this blog. But some stuff is still difficult to find. One thing I have never made in Korea is lasagna. That already requires a good bit of work even if you do have ingredients on hand. What got me started was finding lasagna noodles at Home Plus. They’re partnered with Tesco in the UK, so they have lately become the best bet for finding western products at a decent price.

So I had the pasta. I also have an oven, which admittedly, isn’t as common as you’d think in Korea. One of the best investments I’ve ever made. Since ovens aren’t common, oven accessories aren’t that common either. It wasn’t until I decided to make lasagna that I realized how hard it was to find something like a Pyrex dish. I looked in Home Plus, E-Mart, and New Core Department Store. No luck. We went on G-Market (like Amazon). It took some searching, but we found Pyrex dishes. I bought one that would suit my purposes.

The following is not a recipe. It’s a journal entry of what I did. Here goes. 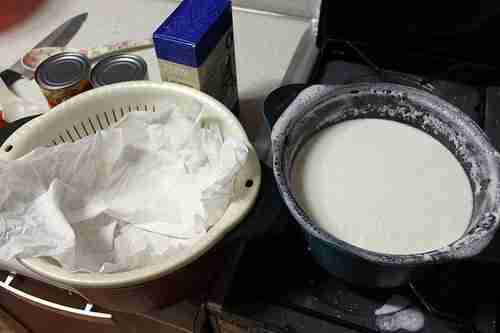 I first had to make the ricotta. You can get ricotta at the supermarket now–for around W10,000 for a tiny tub. I didn’t want to spend W75,000 to make this lasagna, so I got some heavy cream and made my own. (recipe here) 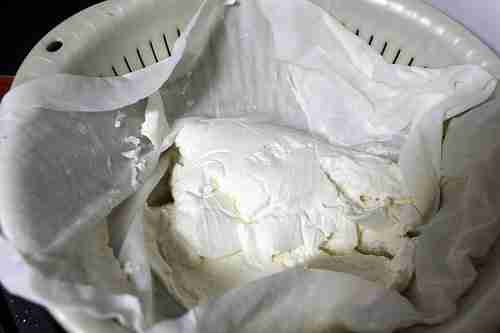 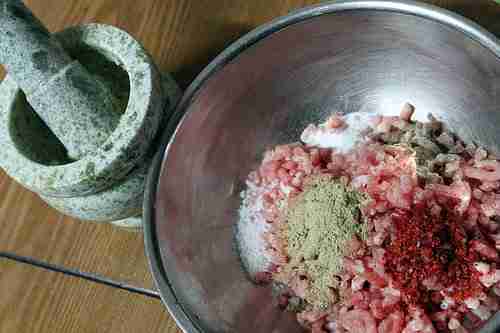 Next I made some Italian sausage. Why use plain old hamburger beef when you can do sausage? Besides, pork is much cheaper than beef in Korea. I based mine on this recipe. If you have any fennel around, which you can find at the foreign markets in bulk, you can make Italian sausage with ground pork from the Korean butcher. I just replaced the paprika with gochugaru. 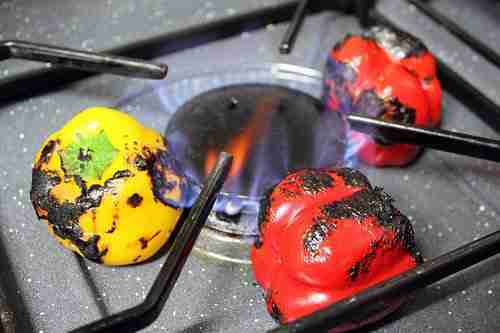 While the flavors were getting to know each other in the sausage, I roasted some peppers for the sauce. 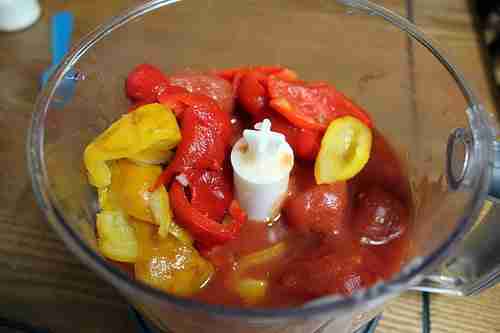 This is the easiest way to make tomato sauce. I threw the roasted and peeled peppers in a food processor with a couple canned tomatoes, garlic, and onion. Gave that a whir. 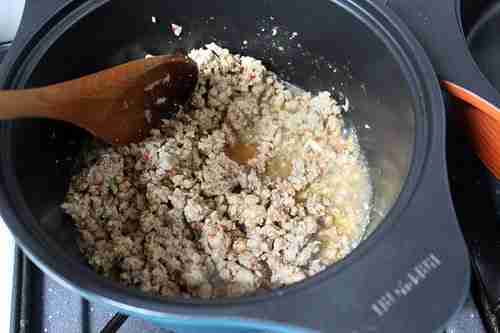 Browned the sausage. House started smelling good at this point. 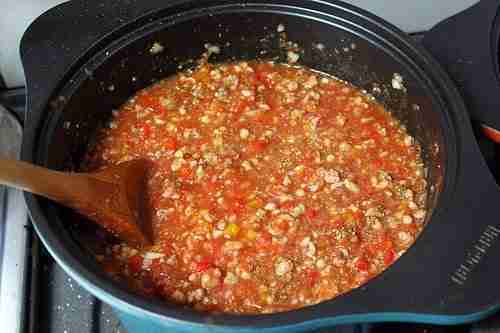 Added the tomato sauce and some oregano. Seasoned it, and let is simmer for an hour or so. 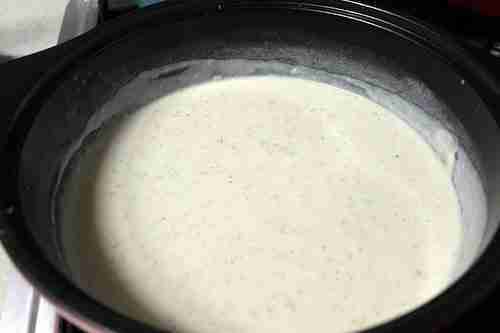 While that was simmering, I whipped up a simple bechamel (brown some olive oil and flour, add milk, salt, and a little nutmeg, whisk constantly on medium heat until it bubbles and turn it off). 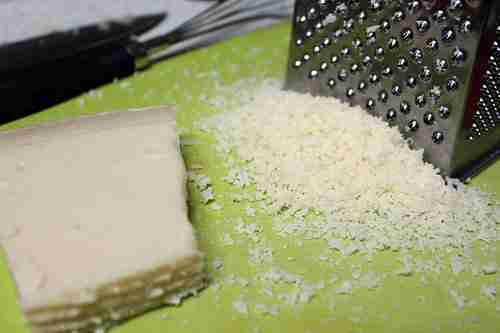 Grated some Romano I found at the supermarket. 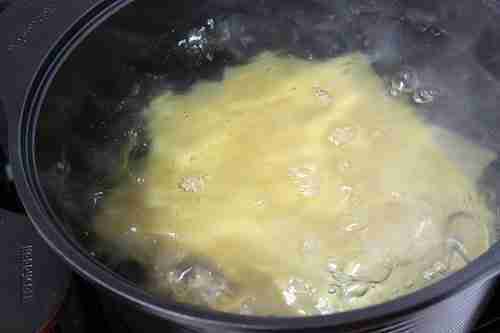 Gave the noodles a boil. 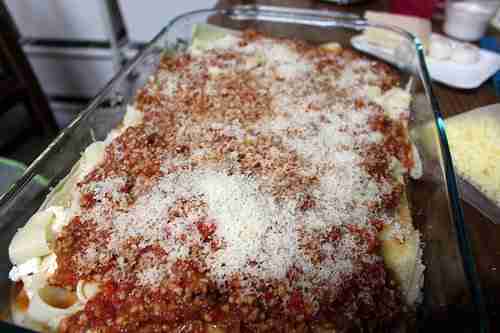 Then I layered all the bits together. 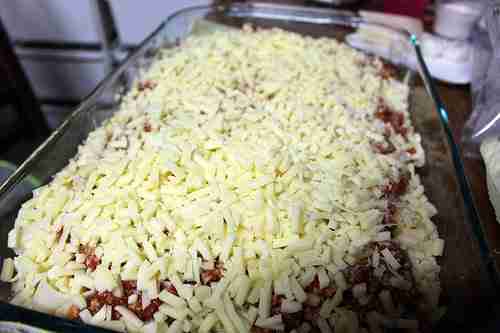 Added a few packets of “pizza cheese.” Then I put it in the oven for 45 minutes. 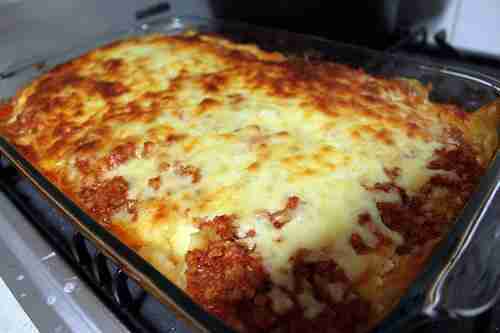 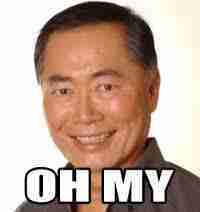 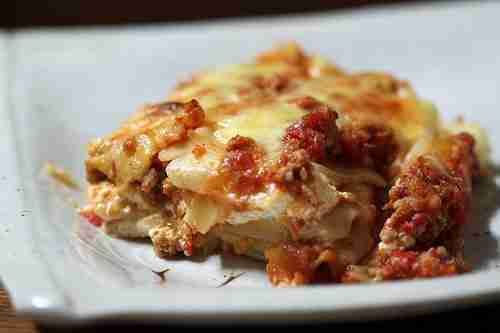 A little for me. 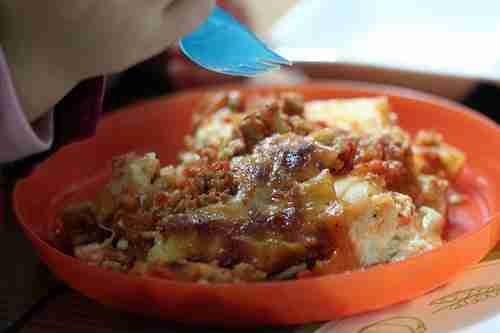 And Jian liked it, too.

If you really want to know, the whole thing took five hours from start to tummy.