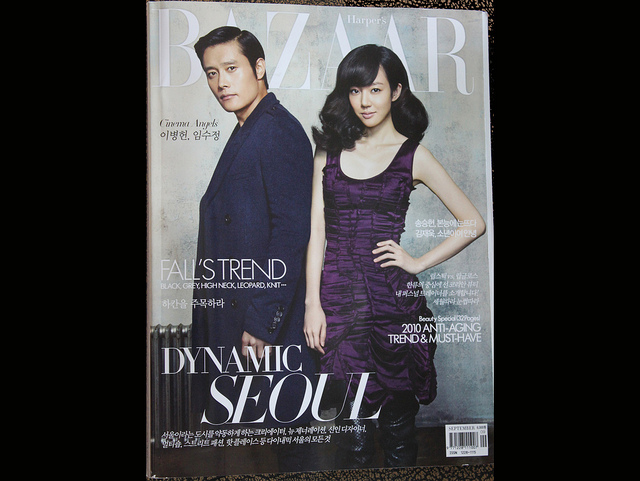 Harper’s Bazaar (Korean edition) came out with its September edition in all its thick perfumed glory this week. 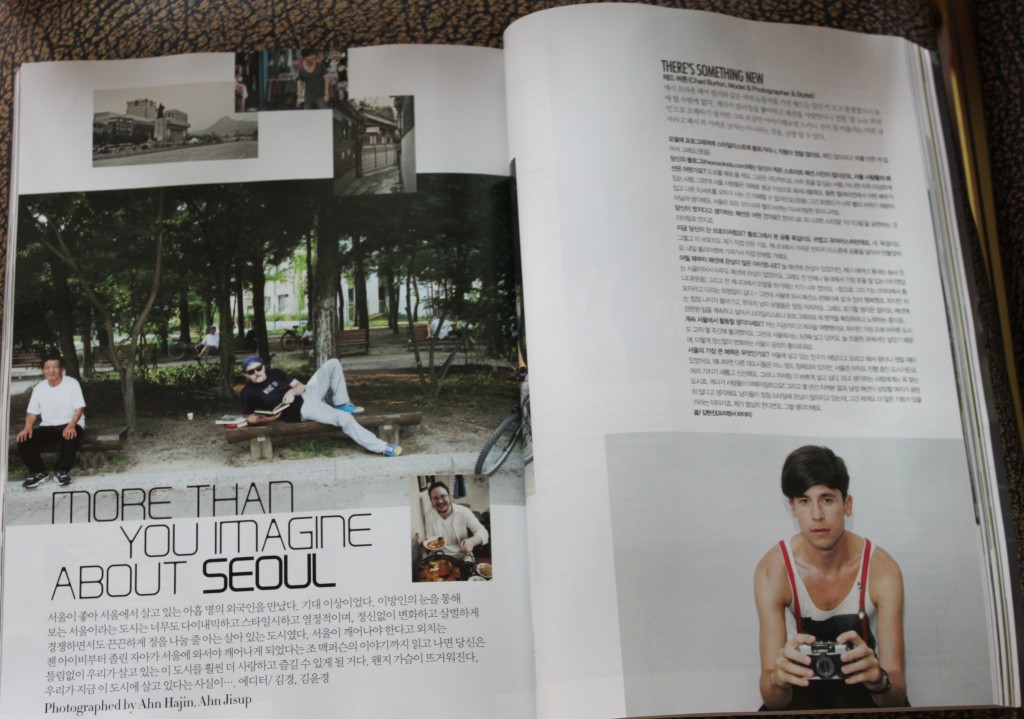 They had a feature where they asked expat professionals in different fields about living in and visiting Seoul. ZenKimchi longtime friend Michael “Feetman Seoul” Hurt is in the article. 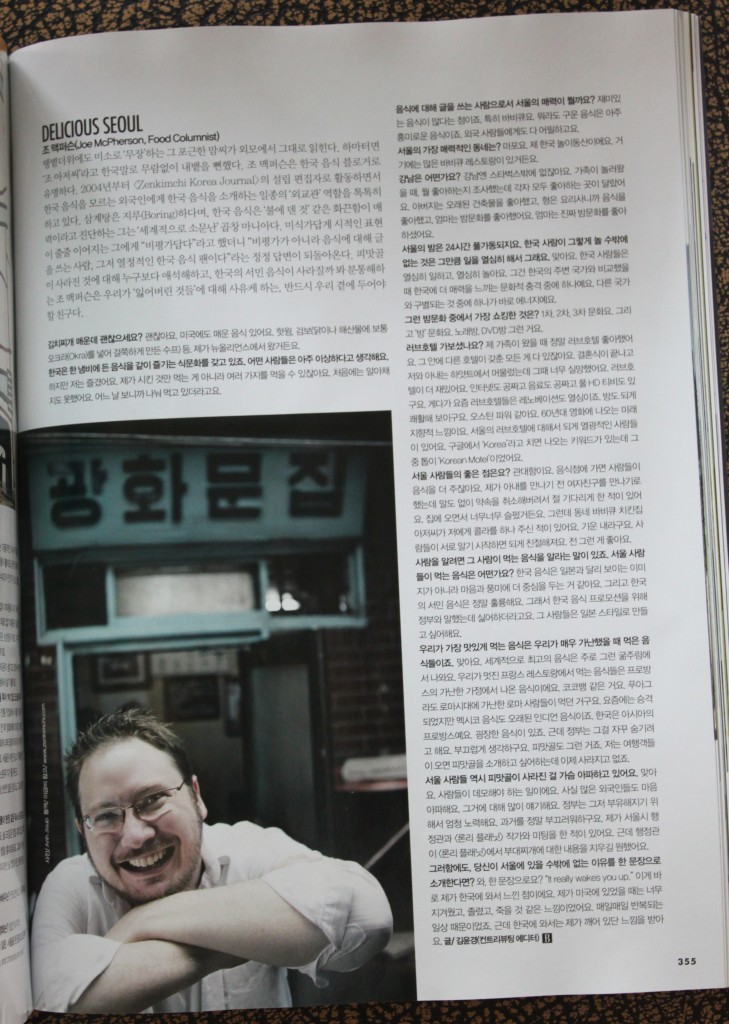 I’m at the end of the piece. My Korean isn’t good enough to translate it word for word, but I understood most of the article, and EJ helped with some parts. Here’s a quick summary of the interview.