I'll See Your Balloons and Raise with… Balloons 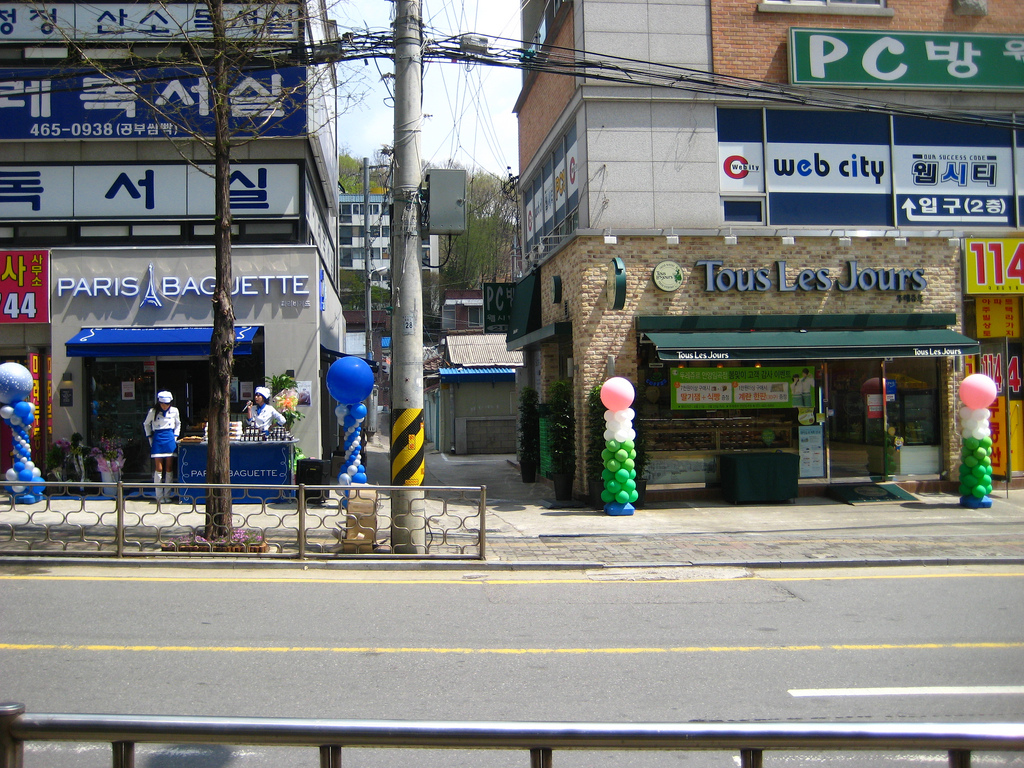 We’ve had a little war brewing in my neighborhood. I don’t live in the middle of the city. In fact, it’s a dead end road in a snug mountain nook. So there aren’t many restaurants compared to other parts of the Seoul Metro area. But it’s still a microcosm of a method of business practiced in Korea that I still can’t understand.

I’ve mentioned before that queues are like velcro. Small businesses are that way too. Galbi restaurants tend to group together in packs, as do cell phone stores, as do camera shops. My ‘hood has maybe around ten restaurants, which is small for Korea. So you’d think that if one type of restaurant opened another would open to fill another niche.

A couple of years ago, we got our first pizza place. A short time later, another pizza place opened. They both went out of business.

For my four years in this neighborhood, we only had one bakery, Paris Baguette. And that could barely be supported by our neighborhood. But that didn’t stop a Tous Les Jours bakery from opening down the street. Soon after TLJ opened, we saw that our old Paris Baguette shuttered up and left.

A few weeks later, I was walking down to TLJ for something when an old lady commented, “They’re building another one here. Crazy!”

I looked, and a new Paris Baguette was being set up right next to TLJ. But that’s not the funny part. I see this happen all the time.

When Korean businesses open, they place balloons out front, blare music, and have people chat away on microphones. Sometimes they have clowns or dancing “doumi” girls. Eun Jeong had noticed on her way to work that Paris Baguette was having their “Grand Open” with balloons and sales girls. When she returned from work, TLJ just couldn’t stand it. They went out and got balloons for their store too.