Gary Glen may know BBQ but… 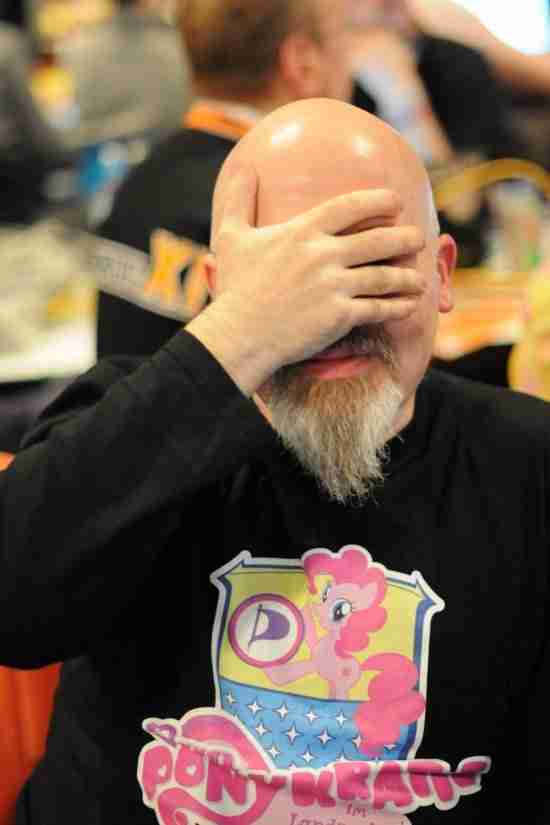 He don’t know Korean BBQ. I don’t mean he was inaccurate. He wrote a piece that was culinarily and culturally ignorant from the history to the recipe.

Gary (@GaryGlen) starts by explaining that Korean cuisine is highly influenced by China and Japan. There are some elements that are shared, including parts where Korea influenced its neighbors. But this again shows the tendency of clueless westerners (and even some westerners of Asian descent) to lump all Asians together. Korean cuisine is starkly different from Chinese and Japanese. They eat rice and use chopsticks. Soy sauce makes appearances at times. That’s almost about it. The part about European traders having a major impact is interesting, considering many were outright killed if they touched Korean soil up until the late 19th century. Hermit Kingdom, and all that.

The recipe, though, is where hilarity ensues. When I came to the Sriracha sauce, a Thai sauce, I stopped and tweeted the nuttiness of this piece. In the back of my mind, I thought maybe he was helping Americans who didn’t have access to Korean ingredients. It wasn’t until I returned to the piece when I saw the Chinese five spice.

Sriracha and five spice are nowhere in Korean cuisine. In fact, those ingredients are harder to find in Korea than they are in America. And what are “Oriental noodles?” The crispy crap in a can from Chun King?

Oh… noodles that are “oriental.”

You know, I rag on Koreans that make western food based on their limited imaginations, like nachos with kiwi sauce, ketchup, and whipped cream (“hey, there were green, red, and white sauces in the picture”). This is the American equivalent. These days I get more frustrated with lazy writing and research when there is so much information available. My guess is that he wanted to put together a steak recipe with Asian flavors. Since it was beef on a grill, why not say it’s Korean?

Keep in mind that beef is quite expensive in Korea. It’s something we eat on special nights. I think I eat it less than ten times a year. So you want to taste the quality of the beef with minimal distractions–just things to enhance its natural flavor.

Get some frozen shaved brisket or some nice steaks. Throw them on a hot charcoal grill. The shaved brisket would need to be in a pan. Koreans usually cook their beef through. I prefer a little pink. Season with large grain sea salt. Serve with short-grained rice, kimchi, side dishes (may I suggest our popular Spicy Cucumber Salad), a shallow bowl of sesame oil with salt and pepper for dipping, a shallow bowl of that sea salt, and a variety of leaves for wrapping. If you have any ssamjang on hand (the stuff in the green tub) include that. Really, salt and sesame oil are all you need.

Save the five spice.