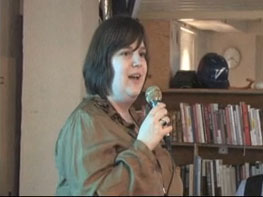 Fatman Seoul’s Jennifer Flinn did a quick presentation for TEDxSeoul in late March on the culture of Korean food bloggers in Korean society. The videos are just starting to pop up on the web, and it looks like there’s some team translation going on. If you feel like participating please help out here.