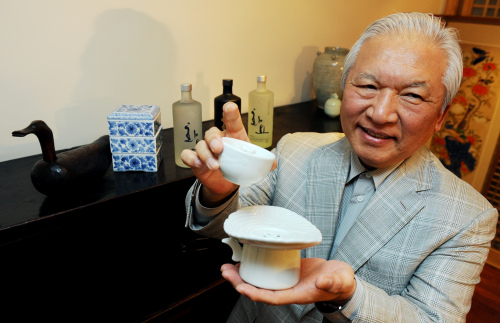 Our resident Korean food globalization blowhard is at it again. Just when I think he can’t say anything more hilariously outrageous, another newspaper fawns over his aristocratic-tinged verbal diarrhea. He usually pops up when he’s trying to promote a product, in this case his new restaurant and upscale soju brand Hwayo. I have a bottle of Hwayo at home, and to give you an idea of how it is, I use it for cooking but not drinking.

I won’t go too much into responding to his latest round of silliness and the Korean media’s love for him because he acts like the trust fund twit that he is. I’ll just give some highlights.

You can read the article here.