Banchan: That was Summer (?) Edition 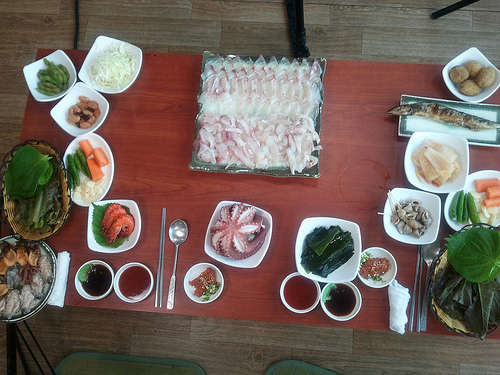 I hope y’all had a great summer. In Korea, it was starting to get hot. Then two months of rain. Floods. Mudslides. Then aS couple days of hot. And now it’s getting cool.

I was doing the morning show at EBS these past six months, and I knew I wouldn’t be able to take a proper vacation. So when Arirang asked me to host a travel show, I signed up. That was my vacation substitute. The rain has delayed the schedule a lot. We film our last episode in two weeks, which was supposed to be back in August. It should start airing in late September and October. That’s why they dressed me in such hot clothes in the middle of the summer heat.

Also, keep a look out for our very on Shin’s newspaper piece on Jung Sik Dang’s big opening in New York.