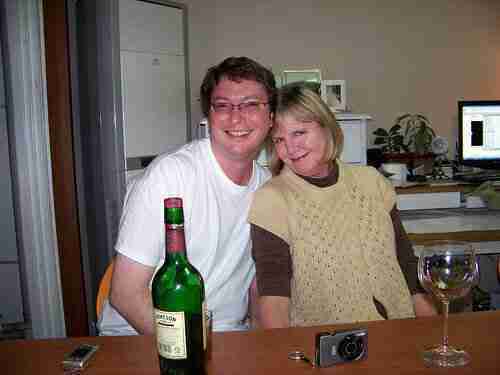 I was totally exhausted from running around Tuesday.  I had planned to go with Dad and Anita to Namdaemun Market, but the thought of going back into Seoul filled me with dread.  EJ and I spent much of the morning cleaning the house, which is becoming a theme on this blog.  Ben was running menu ideas by me.  I think he ended up doing a whitefish ceviche with lime and mango.  The buzz went around about Ben doing a stint at Star Chef.

Mom and Brian were out and about, lost and hunting for food.  We suggested they come here and we order chicken.  They said they’d rather find something near their hotel.  EJ and I went to Beomgye and got some Two Two Fried Chicken.  We realized we hadn’t eaten Two Two in years, possibly since we moved to Anyang.  It was just as good as we remembered it. 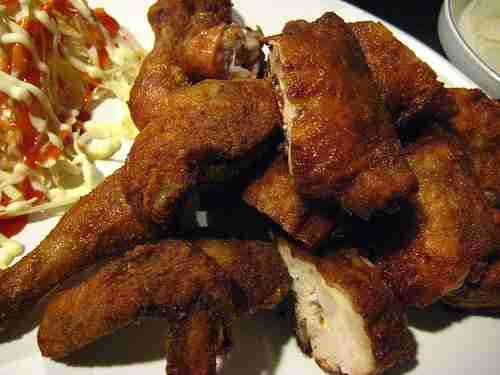 EJ was still hungry afterwards.  She needed a starch, so we went to the old fashioned grungy diner we like, and she had a Kalguksu (noodles in clam broth).

“Eun Jeong, you’re going to get too full for dinner tonight.”

I walked to the subway station to find a Korea Herald.  I hadn’t heard anything more about Ben’s interview, but an old article I had written for the Herald was out that day.  It was the first time that they put my picture next to my column.  I got the paper and returned to help EJ finish her second meal. 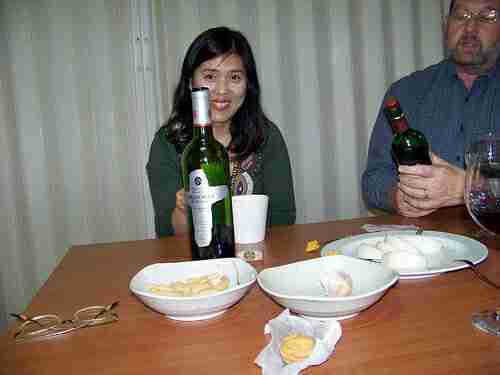 Mom and Brian took a taxi to our apartment soon after we returned.  Cocktail hour.  We munched on a few snacks.  Mom started a bottle of wine, and Brian and I broke into the Irish whiskey gift I received from the wedding.  In typical family fashion, the lively chatter encouraged more drinking, which encouraged more chatter.  The wine was empty, and the whiskey was two thirds gone when Ben called.  He was on his way back from Star Chef.  He showed the cooks how to plate his creation.  Even though they all loved the food, Chef Kim was wary on whether Koreans in general would like it or not.

Dad had also called.  They had returned from Seoul.  Anita was tired and wouldn’t be joining us for dinner.  It would just be him.  I coordinated us to meet around Anyang Station.  It was freaky how it was timed so perfectly.  Ben showed up at the station as soon as we got out of the taxi and went up the escalator. 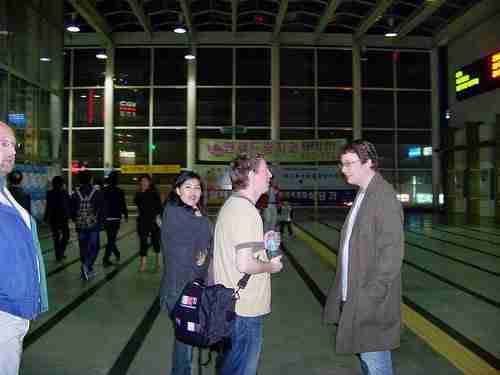 After meeting Ben, I checked with Dad to get his location.  The whiskey had hit me pretty hard, so my decibels were higher than normal.  We met Dad at the northern edge of Ilbeon Ga, the downtown district.  EJ directed us to the grilled shellfish (Jogae Gui) joint. 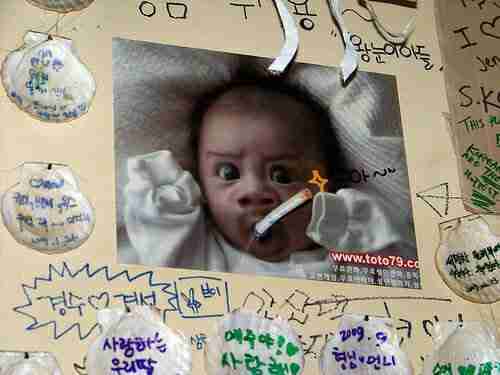 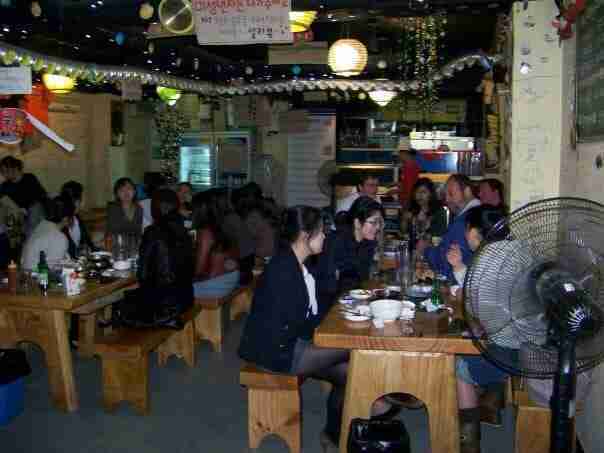 It’s not a restaurant.  It’s a drinking joint.  The difference is that there is no rice served.  Doesn’t really matter much to Americans.  It was cool and grungy.  It was also chock full of women just off of work and having fun.

EJ ordered and asked the waitress to just give us shellfish unadulterated with gloppy sauces and cheese.  Just give us a few of them that way.  They compensated by giving us the sauce in a bowl.  There were no oysters, but they gave us plenty of scallops and a big Ki Jogae.  And it was all cooked over flaming charcoals. 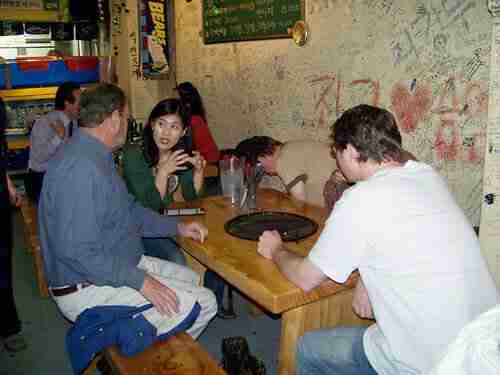 Brian’s conditioned still wasn’t in a dining mode.  “You could put a McDonald’s burger in front of me, and I wouldn’t eat it.”

He and I switched places because the smoke and smell were getting noxious.  As good as grilled shellfish are, they do sort of smell like burning hair.  Mom and I had slacked off on our drinking, but we were still tipsy.  Her chopsticks were all over the place, so I fed her some scallops with mine. 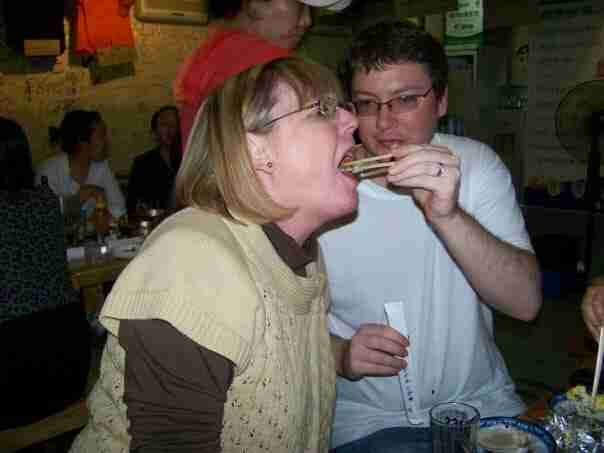 The live octopus came to the table.  I was the only one at the table who had eaten it before.  Ben dug in, as did EJ.  I think even Mom tried a little.  The verdict was chewy, which is what most people say.  You don’t eat them for flavor or texture.  You eat them for the novelty effect of having something clinging and wriggling in your mouth.  They’re still not that bad.

It looked like the family had good fun with the Jogae Gui.  Brian made the observation that with Korean food, you have to eat it fast before it burns.