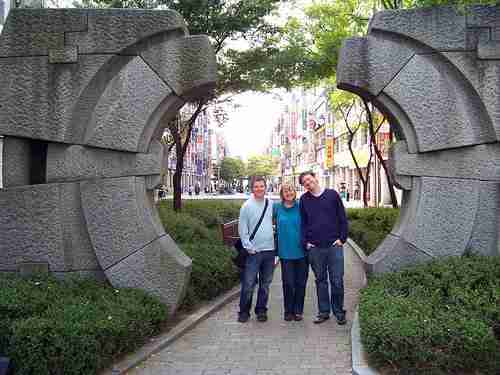 The past few days have been mild compared to before the wedding.  EJ and I woke up to a lot of stress being lifted.  EJ kept repeating to herself in disbelief, “It’s finished.”

Dad and Anita went into Seoul to see palaces.  I was going to go join them, but I was too pooped.  EJ and I cleaned the house.

Around noon, I got a call from Ben saying that Mom and Brian were looking for some foodage.  I told them to meet me in Beomgye.  The taxi driver dropped them off at a strange point in the middle of Beomgye rather than near the station.  The intent was to track down some of that famous Korean fried chicken.  Yet since fried chicken is generally regarded a drinking food, no places in the area were open for lunch.

After some wandering, we found Misoya, a Japanese pork cutlet joint.  They just wanted something fried to settle their stomachs after all that fun and drinking. 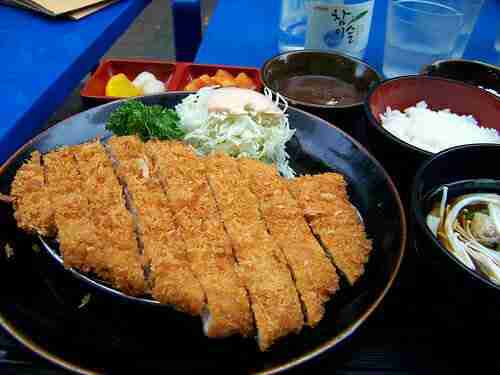 The fam each got a version of fried pork.  I had just eaten breakfast with my new wife, so I opted for some chilled soba noodles. 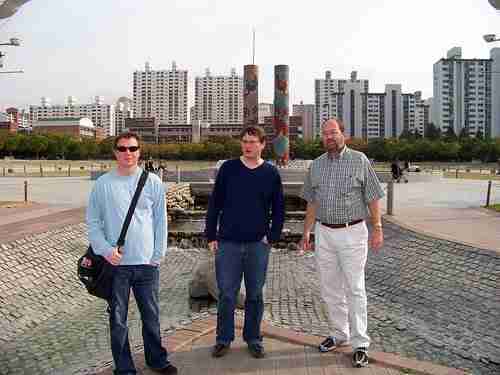 We went for a little walk in the park, and they went back to their hotel.  I wandered a bit, looking for a good grilled shellfish place.  I had planned out the meals for the rest of the week except for that night.  So Monday was open, Tuesday was Star Chef, Wednesday would be grilled shellfish and Thursday would be the final home cooked meal.

At the mention of king crab, though, everyone got excited, so we planned on that Monday night.  Dad and Anita returned from sightseeing, and we met them in the hotel lobby.  We got together and took two cabs to the king crab restaurant EJ and I went to a couple of years ago. 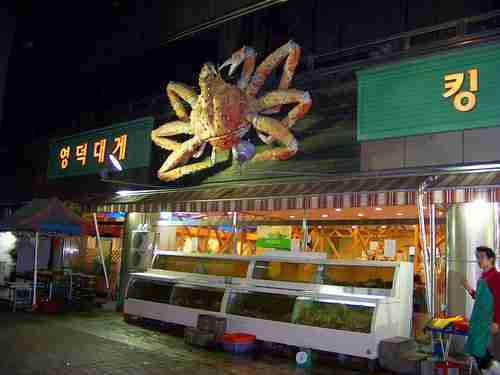 Not hard to miss. 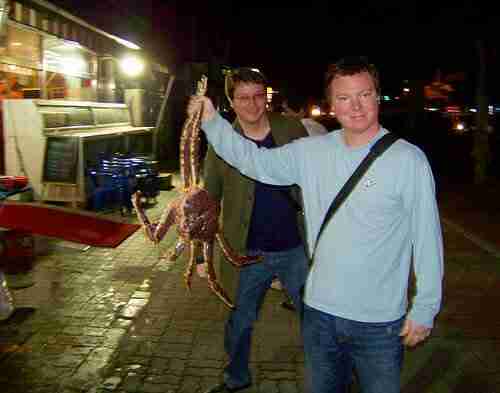 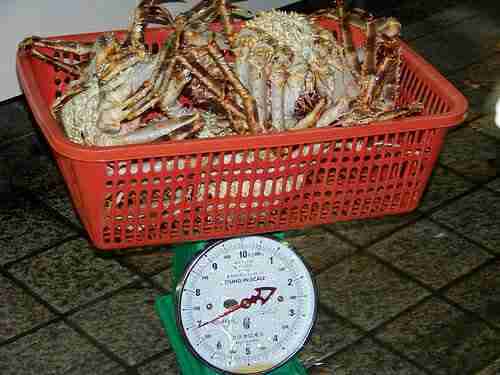 We picked five monsters, totaling to over 230,000 won.  Ben held one up, as did I.  They have some prickly armor, and I noticed the next morning that I had a nice slice on my thumb.

The beer and soju started flowing.  Everyone enjoyed themselves.  There was plenty to take home for breakfast.  Now since this was not a western crab place, there was no butter.  But that wasn’t necessary.

We just dipped the meat in the natural crab butter contained in the heads. 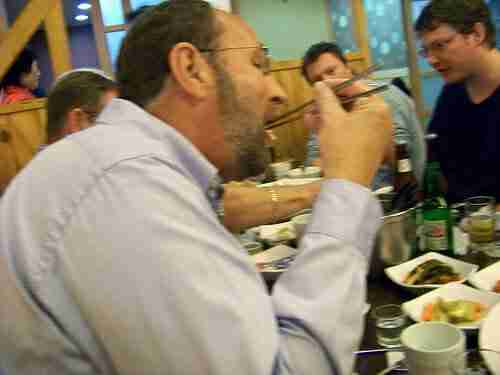 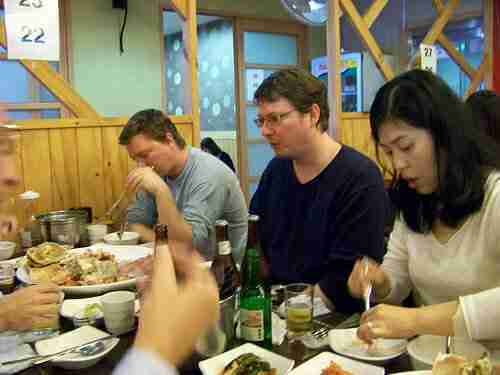 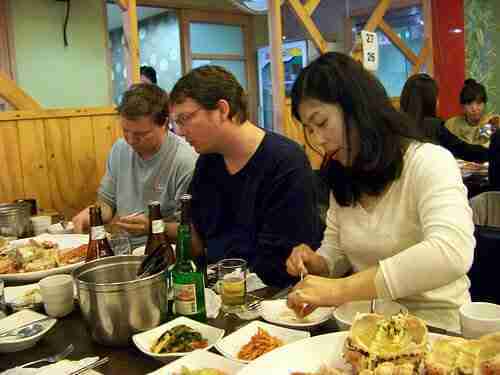 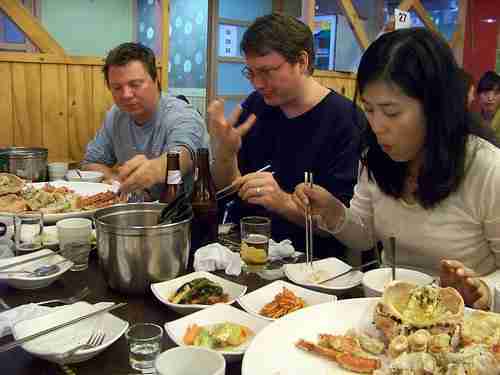 I must have been a little buzzy because I talked so much that dinner was over, and I didn’t remember eating much. 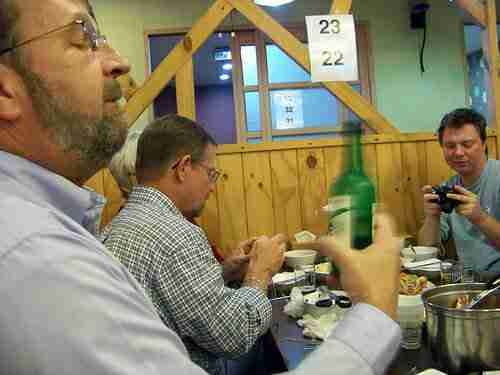 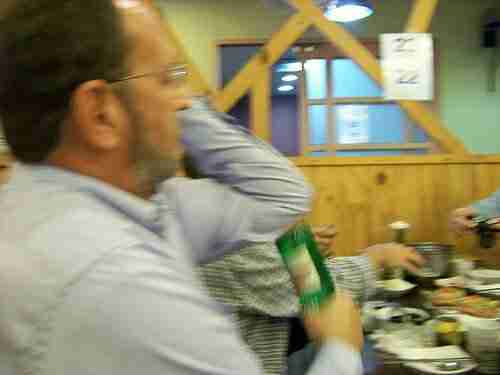 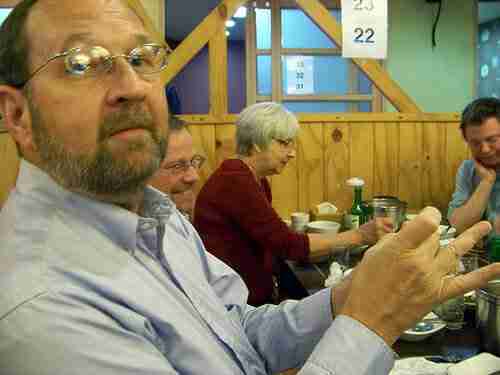 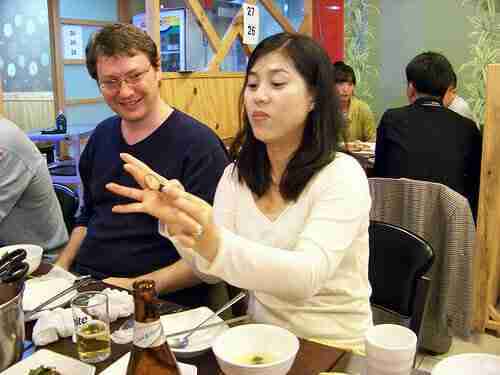 Oh yeah, I showed everyone a little drinking game to play with the soju cap.  Yet the crab was whisked away and made into fried rice before I even knew it. 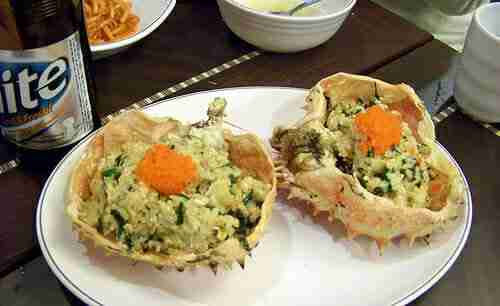 We got back to the hotel and took advantage of the noraebang (karaoke) room that they had.  The men retrieved their cigars, and beers were ordered.  Dad immediately got into picking songs. 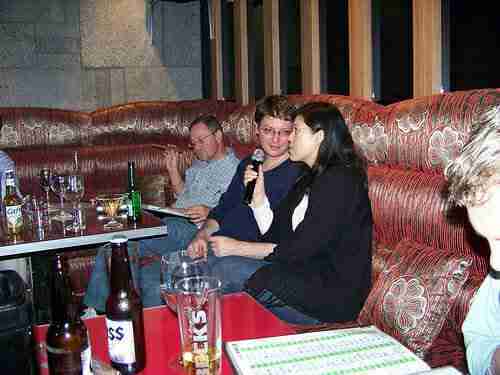 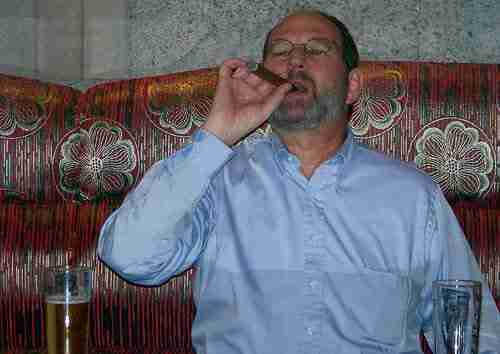 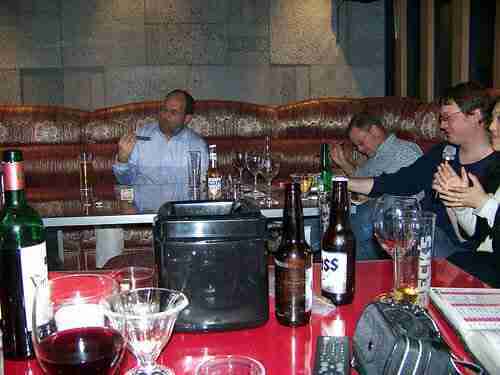 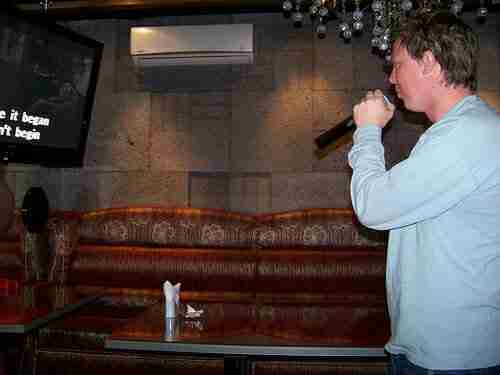 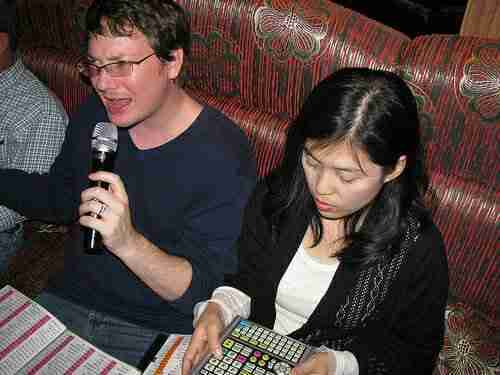 After screaming our lungs out, EJ and I went home while the rest of the gang finished their drinks and cigars on the patio. 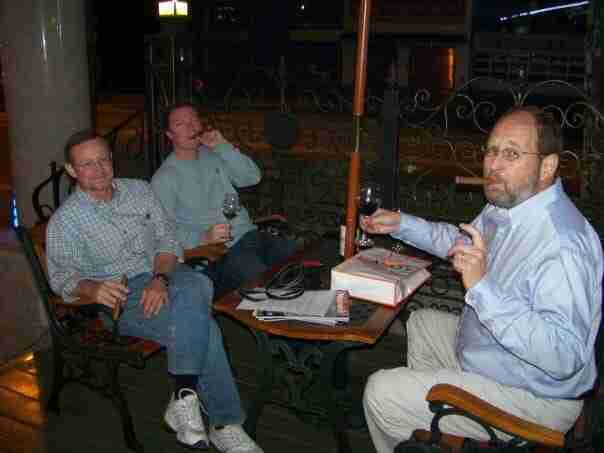