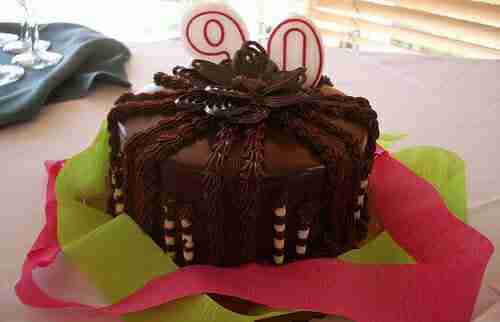 Man, it’s taken a while to write the next part.

Ben and I woke up early the next morning to shove off to Decatur, Alabama, for our grandfather’s 90th birthday party–the reason for the U.S. trip. It takes a good two to three hours to get there from Atlanta, and we encountered some residual rain from the tornado the previous evening. We saw the damage downtown, including a twisted billboard and windows blown out of buildings.

It was good being on the road again. It was like nothing had changed. Ben introduced me to some new music while communicating with our sister Beth on our relative travel statuses.

We arrived at our grandparents’ house, and nothing had changed. Our grandmother died soon after I came to Korea, so this was my first time there without her. So I guess that described my feeling the entire time. Nothing had physically changed, but a major hole was there. I actually started getting teary-eyed in the bathroom but quickly put myself together for the big family reunion. 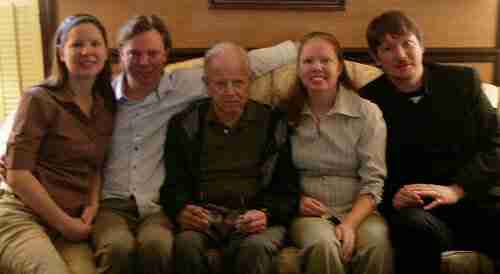 Grandaddy looked great. He was happy. I wish we had more time to talk, but there were so many people there. I gave him his birthday gifts, some coffee table books on Korea and DVDs of my EBS shows.

I also caught up with a lot of family. This was the first time I had seen my cousin Betsy since she got married. She now has two kids. Her husband has a great sense of humor. Her brother Matthew, who is my age, and I caught up on a lot of missed time. It’s good that we keep tabs on each other through Facebook and what have you. He’s the one who’s in the U.S. Diplomatic Corps., and he gave me some tips on getting Eun Jeong a visa to visit the U.S. 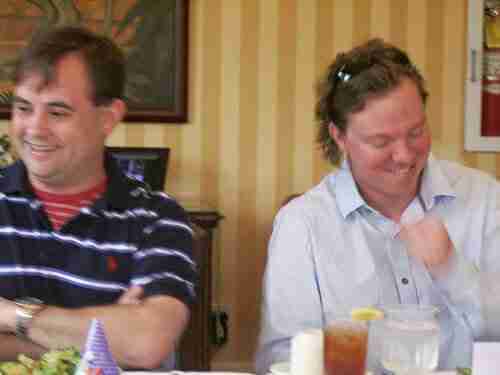 I also finally got to meet my niece Molly. She is one of the most intelligent children I’ve ever met at her age. It’s funny because she over pronounces her /r/ sounds, making her sound extremely precocious.

Dad and Anita showed up. His neck was in a brace from the series of surgeries he’s had to correct some pains in his spine.

We didn’t have much time to chat. The birthday party at the Decatur Country Club was starting. We got into cars and headed there, just a block away. We were holed up in a special dining room. More people from the past were there. Some relatives Grandaddy hadn’t seen in forever showed up, and it was the first time in my life I’d ever seen him show strong emotions. He was tearfully happy to see everyone. 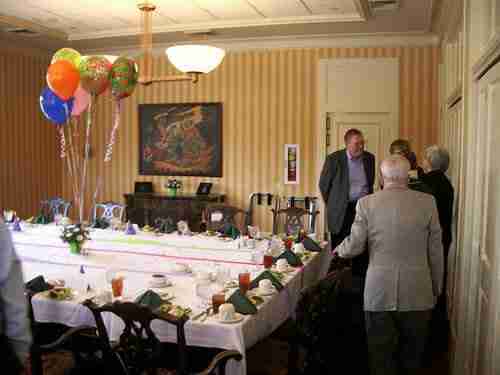 He then cut the cake, and we had lunch. 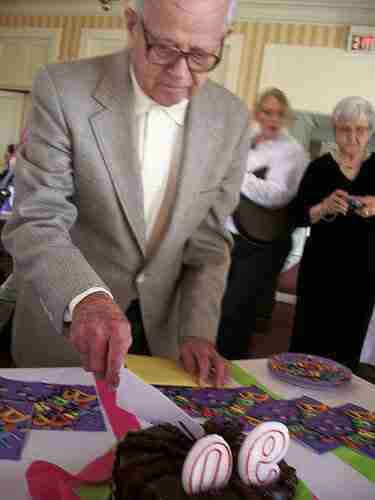 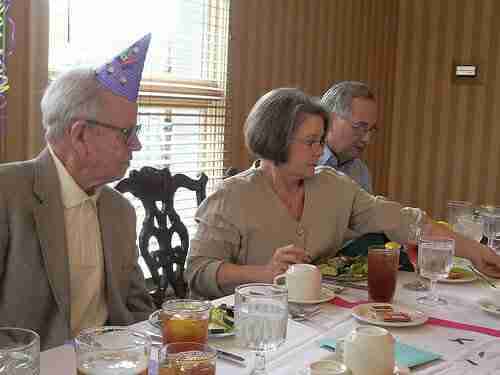 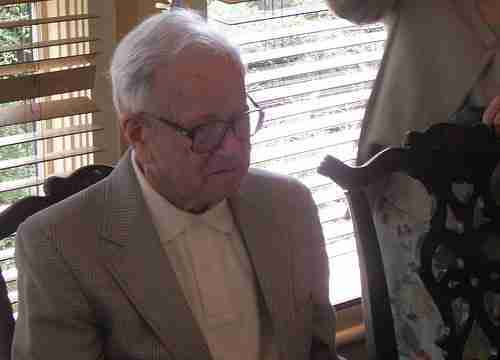 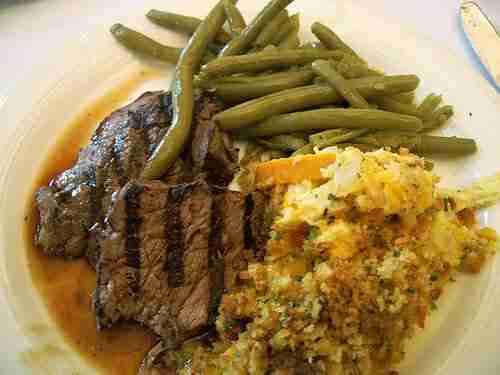 (I never liked squash casserole until now, and, oh man, did I miss fresh green beans)

I talked to more people, and really, I just never get tired of telling stories about Korea.

When the party was over, Ben, Beth, Glen, Julia, Molly and I went to check in to our hotel rooms. Julia and Molly had a jacuzzi. Ben conked out on the bed. I watched some American TV and read my book (World Without End

). Molly tried on the kimono I got her at Narita Airport. 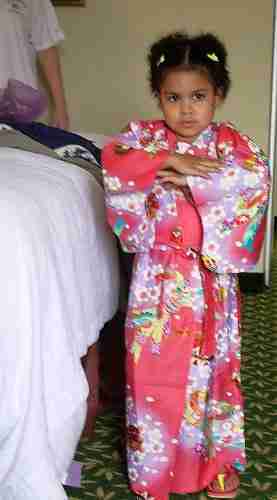 When everyone was rested, we returned to Grandaddy’s house for dinner–Bob Gibson’s BBQ. This was one of the foods I had been looking forward to. I had missed Decatur style BBQ for a long time. And it was only this past year that I found out that it had gained an international reputation as one of the things you must eat before you die.

Beth beat me to it, making her sammiches. 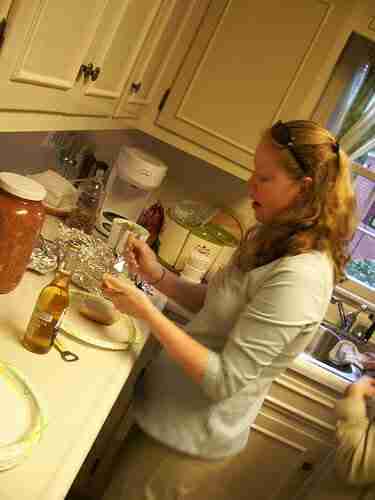 (Since Beth is pregnant, I doubt that’s her beer in the shot.)

Here’s a shot of the sauces. They have a new tomato-based sauce, but they’re known for their slightly sweet and sour spicy vinegar and their peppery white sauce for chicken. 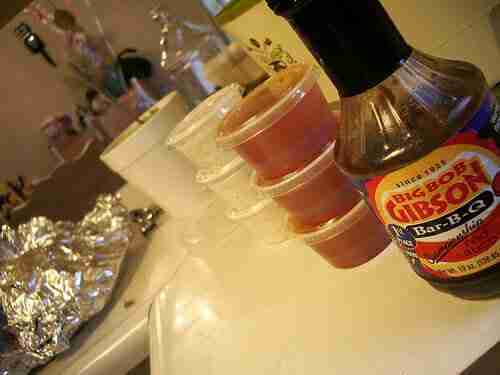 Here’s the pulled pork with a container of a very simple coleslaw. No mayo in the slaw. 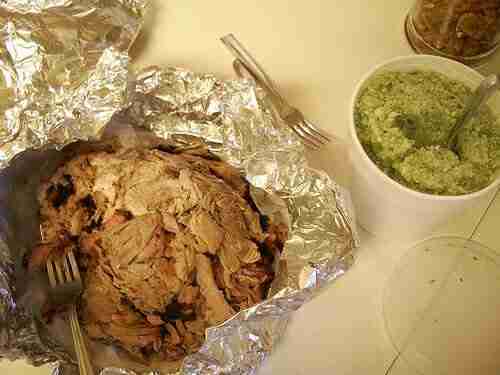 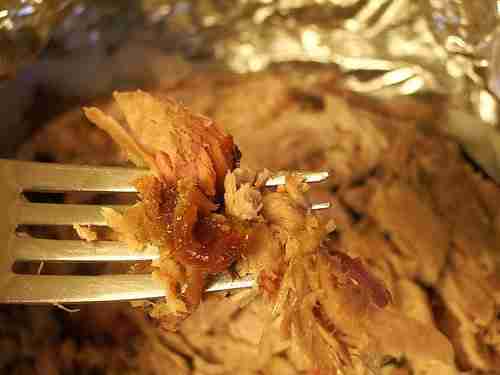 The chicken is smoked so slowly it falls off the bone. You have to pick it up with a fork because it just falls apart if you pick it up by the bone. 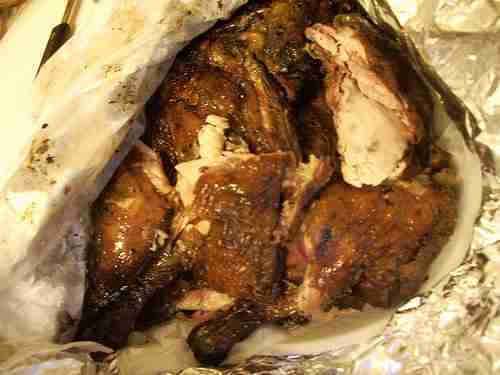 I made my sandwich of slaw, pork, vinegar sauce, and I tried the new sauce on the side. The new sauce was okay. Not unique. But I had to have the chicken with the white sauce. 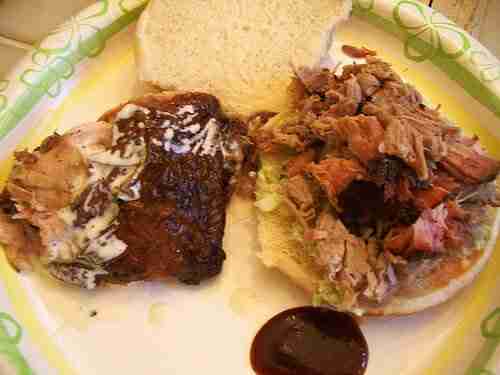 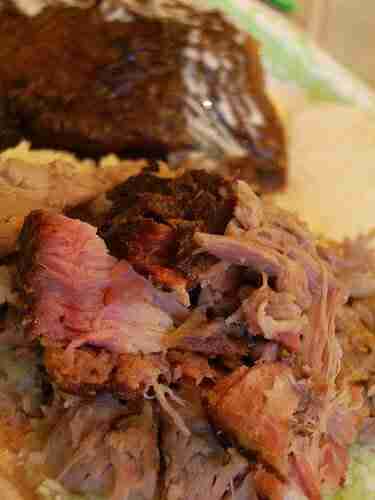 We had a fruit centerpiece for the table. That was a cool idea. 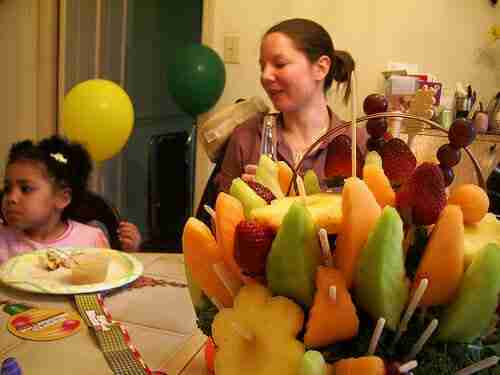 (Mystery solved. The beer was Julia’s.)

There was a lot more hangin’ around and talkin’. I mostly hung out with Ben, Matthew and Betsy’s husband. We had meant to break open the bottles of Korean liquor that I brought over, but we forgot them in the hotel room. Eventually, Aunt Megan tactfully shooed us off so everyone could go to sleep, and Ben and I returned to our hotel room.