For My Eyes Only

As you can see, the yellow dust season has returned. Dress properly.

We’re in good spirits in the ZenKimchi household, but a few things are trying to put the gray cloud over us. The exchange rate continues to worsen as I need to send money overseas for child support to–I don’t know where they are. Ex-wife has pulled another disappearing act.

Hat Dave has finally been able to get a visa to work at the school. We had been trying to get him through the system for over a year, but Immigration has been too kind to us. It’s nothing to do with Dave. It’s a mix of regulations and that KBS xenophobic hit piece on foreigners.

We had a little welcoming party for him at Uncle Don on Thursday. Enjoyed our burritos and fries and beer. Got home at decent hours without too much damage.

Friday was Friend Lee’s birthday party at Irish Dream, so we attended. We joined a long table full of people, and Eun Jeong was the center of attention with the Korean ladies. I didn’t know she was this funny, but she told stories in Korean all night, and the women were busting guts. I got to know Anyang expat mainstay Aryk a good bit better. We’ve been crossing paths for almost two years and had never talked deeply until that evening. Good man. 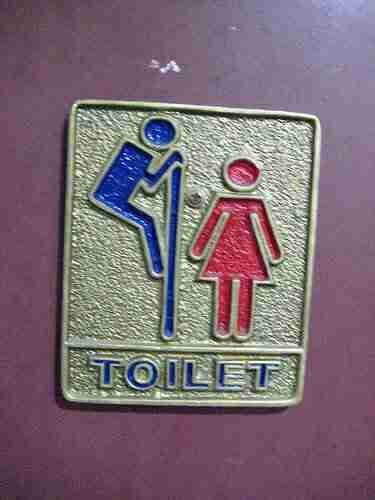 Saturday we planned to get my eyes checked by a real eye doctor. A pair of my contacts had produced massive protein deposits, so I wanted to get my eyes looked at thoroughly before getting a new pair. But the initial diagnosis was not what I was hoping to hear. He said he saw some damage to my corneas, and I may have to learn to be happy just wearing glasses for the rest of my life. He wants to check again in a couple of weeks to make sure. I’m a little saddened by this–more than I expected. Hearing that any choice has been taken away from you for the rest of your life is never pleasant. And I hate wearing glasses.

We had a really good lunch at Mr. Pho and enjoyed a bun, ice cream and coffee at Roti Boy before shopping for a new pair of gloves for Eun Jeong in Beomgye. We then went to downtown Anyang to retrieve the scarf I had left behind the night before and to buy some jeans from the one shop that has sold me jeans that down have defective zippers. It’s so frustrating buying pants in Korea, and this was one of the few places that had jeans in my size (36), which only consisted of five pairs stuffed in a little corner of the store. We bought two.

We then decided on dinner–Eun Jeong wanted Dalk Jjim (stewed chicken). There was one place we had always gone to, and I wanted to try something different. ExPat Jane introduced me to the Andong Jjim Dalk chain in Myeong-dong a long time ago, and I remembered seeing a franchise open in Anyang. So we went there.

This place had a more varied menu and also seemed to specialize in Ddeok Haemul Jjim–which is the same but with seafood. We got the mix of chicken and seafood. We both had views of the kitchen, and I didn’t like what I saw. Big flames were coming from a pan that were way too big to make food taste good. The cook ended up blowing out the flames. That was not a good sign. 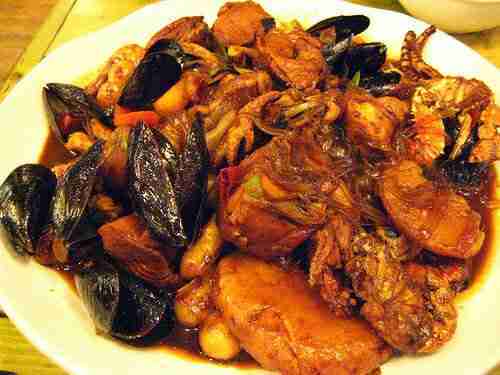 When we got it, I could taste a bit of pan burn, but even worse, the seafood reeked of freezer burn and ruined the whole dish. Eun Jeong didn’t notice it and said it tasted fine. I guess I’m too sensitive to stuff like that. I couldn’t eat it. Disappointing meal, but I still had a good time just being with Eun Jeong.

When we got home, I tried on the jeans. Only one pair fit. You know, is it too much to ask that if one pair of 36 jeans fit that all pairs of 36 jeans fit? Especially when the store doesn’t have a fitting room?