It had to come eventually, especially after the san nakji on dalk galbi video.

The folks at PETA have been picketing two New York restaurants for serving san nakji, that moving octopus dish. Now, we jokingly call it “live” octopus, but the creature is already dead before reaching the table, swiftly dispatched by the chef–an end that is likely a lot less painful and prolonged than most of our own ends will be. And it’s a lot more humane than what happens to them in nature.

I’m a supporter of animal rights, despite what some of you may think. Cruelty pisses me off, whether it be factory farming, beating a dog for adrenaline in its meat or subjecting the public to another Sex and the City movie. But when PETA pulls these stunts, they hurt not only their cause but the real change that the rest of us are trying to create in making our world more humane for all creatures.

I also think that it is cowardly to target ethnic restaurants. They already are dealing with a huge challenge of making it in a foreign land in the cutthroat restaurant industry. These are not rich people. They don’t have the luxury to take a day off to picket other businesses.

Yet the most despicable aspect is the cultural chauvenism this displays. The arrogance of forcing one’s narrow-minded eating habits on other cultures! I mean, imagine if Koreans went out and protested restaurants in Korea that were serving American beef… 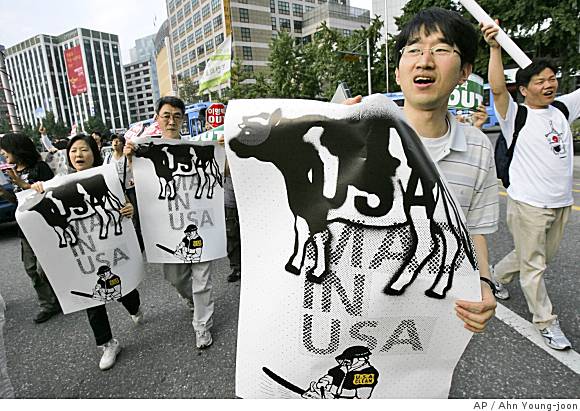 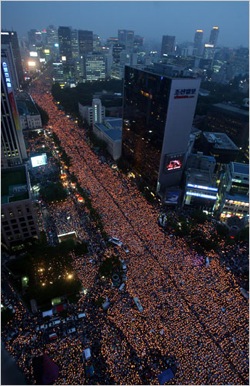 Well, in the meantime, here’s some video of Chef Ben eating his first san nakji.