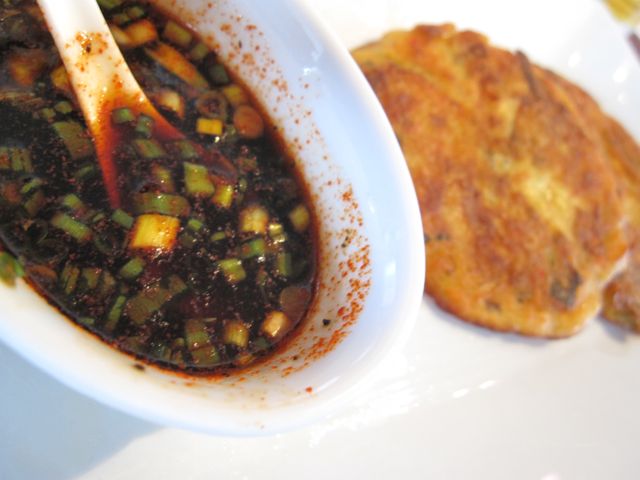 Sur La Table will be offering a class in Korean restaurant classics which will include pajun (mung bean pancakes) in their menu.

Demand for Korean cooking classes in culinary schools or Korean ingredients on grocery stores shelves is a visible sign a cuisine is becoming more popular in a particular country.

The South Korean government has been working hard to promote the country’s cuisine all over the world. Korean English-language media have been fawning over demonstrations by foreign top executives of how to make 잡채 japchae (garlicy zesty cellophane noodles) or 불고기 bulgogi (savory pear-sweetened beef).

However, the future of Korean food in the States and elsewhere does not reside in Seoul’s Blue House or in the hands of Korea’s highly trained chefs, cooking up fancy meals in their five-star restaurants. Culinary schools across the U.S. are starting to cater to home cooks and wannabe chefs clamoring to learn the basics of Korean cuisine.

Sur La Table, just like other culinary schools, offer classes that factor in the seasons and availability of ingredients, such as offering barbecue and outdoor entertaining classes in the summer and courses on stewing and braising in the winter, according to Anne Haerle, Sur La Table’s corporate chef. 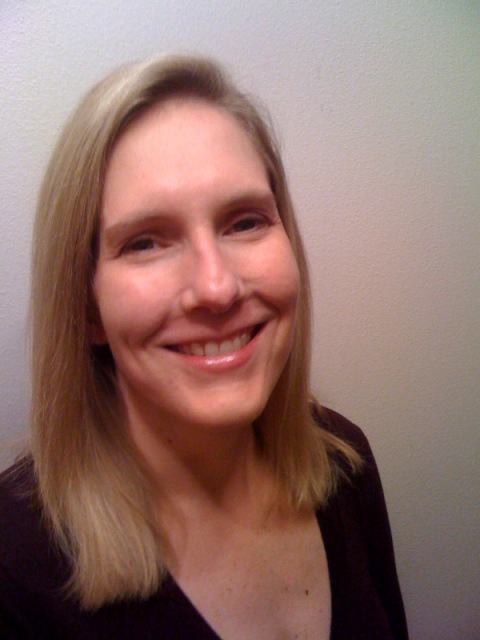 Chef Anne Haerle, graduate of the Culinary Institute of America (2008) is the corporate chef/corporate chef of Sur La Table's cooking curriculum which is implemented across the United States.

“We want to offer a range of classes that include a number of different cuisines, cooking and baking techniques, and types of menus,” she said.

Haerle said the company floated this Korean cuisine trial balloon, in part, because of the popularity of other Asian cuisine classes.

“We chose to add the Korean Restaurant Favorites class in an effort to continue expanding our Asian cuisine class offerings.”

Korean Restaurant Favorites is not the only class offered this year with a Korean component. The multi-course menu includes America’s Food Truck Cuisine, “designed to address the growing interest in food trucks,” Haerle said.

A spicy Korean barbecued pork taco, inspired by Kogi of Los Angeles, is one of the dishes on that class menu.

The following interview focuses on the Korean Restaurant Favorites class, Haerle’s take on Korean cuisine and its growing popularity in the U.S.

How did you choose the items to include in the course menu (such as 비빔밥 bibimbap, bulgogi and 파전 pajeon)?

We looked at various source materials for classic Korean dishes that one would typically find in a Korean restaurant. I also personally enjoy eating and making Korean food, so I focused on dishes that I like and believe our customers would like to learn how to make, as well as dishes that can easily be made in a home kitchen.

Does the inclusion of Korean cuisine have anything to do with recent restaurant surveys which indicate Korean food is becoming a trend-setting cuisine?

… We pay close attention to food trends that affect the culinary industry at large. Korean food has indeed been mentioned by several media sources as a cuisine that more Americans are discovering. We first listen to our customers and find out what they want to learn, and then take larger trends into consideration.

How does Korean cuisine differ from others in Asia in ease or difficulty in execution?

Many of the basic cooking techniques featured in Korean cuisine, such as grilling, stir-frying and pickling, are very common in other Asian cuisines, and Western cuisines, for that matter. As with cooking any cuisine, the challenge lies in properly balancing the main flavoring ingredients to create a harmonious balance. Korean food is really no different in that respect.

What is the difference between Korean cuisine and those of nearby countries?

What do you find challenging about making Korean cuisine?

I think a big challenge for many cooks who want to make Korean cuisine is finding the appropriate ingredients. In Seattle, we’re fortunate to have several resources for authentic Korean ingredients. People living in other locations may need to rely on the Internet for buying certain items. Also, people who have not used these ingredients may find working with them to be a challenge. That’s why we are offering a Korean cooking class on our calendar — to help people appreciate this great cuisine and feel confident about making it at home.