Michelin Guide Seoul: Why You Shouldn’t Rely On It

The first interviews British critic Andy Hayler, who claims to have eaten in all the world’s three-star Michelin restaurants, including Seoul’s, and confidently states that they don’t deserve their stars. He then makes some statements about Korean cuisine itself in the world pantheon of food, though he emphatically states that he’s not an expert on Korean food.

The other article attempts to rebut what he said about Korean food, including interviews with two Korean food experts. What they both have in common is that the Seoul Michelin Red Guide sucks dotards.

I’m trying to figure out how to focus my thoughts here. I’ve already written my feelings about the Michelin Guide Seoul in this blog and in Vogue Korea. There are so many arguments shouting in my head. Mostly, it’s this guy. 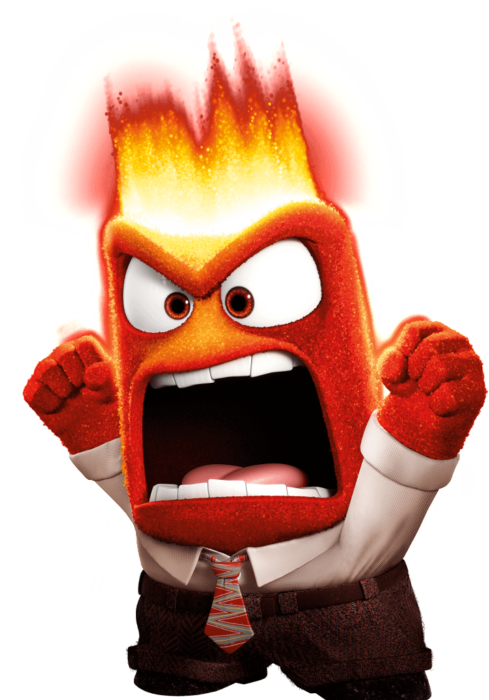 The price is what matters. I’ve said many times that when a fine dining restaurant charges high prices in order to give it some false sense of prestige, it should expect to be compared to other global restaurants in that price range. Hayler hasn’t been the only person pointing out how ridiculously high Gaon’s wine list is. Restaurants do put large margins on wine. Korea isn’t Europe. Yet they charge rip-off prices even by Korean standards. Cho Tae-kwon, the owner of Gaon, does the same with his personal brand of soju. It’s a good soju. It’s like Andong soju. He charges way more than you would normally pay for Andong soju. He has a version aged in oak casts that tastes similar to whisky. He slaps on a higher price domestically for this than the import price of single malt Scotch. It’s that old notion that just putting a high price tag on something automatically makes it classy.

Hayler compared the restaurants to Japanese kaiseki cuisine. He said he felt the style didn’t feel like it was coming from a “centuries-old tradition,” like kaiseki. For one thing, kaiseki itself is a modern mash-up of older cuisines. Supposedly the Korean three-stars are taking influence from Korean royal court cuisine. But even what is considered royal court cuisine is suspicious. As one of the Korean experts said, “‘Even kings did not eat a course meal in Korea.'”

I’m tempted to say, again, that Cho Tae-kwon and company don’t respect Korean cuisine enough to let it stand on its own. They have to make it like Japanese and European dining, to the point of pissing on its spirit.

Hayler is not a Korean food expert, but he does have experience eating Korean food in L.A. and New Malden. There’s even a contingent of L.A. Korean-Americans who vocally swear that the Korean food in L.A. is better than the Korean food in Seoul. I agree with him that the flavor of Gaon’s food is not much different than a mom-and-pop restaurant. It’s just given a pretentious makeover. If you take a Choco-Pie and put in on a fancy plate, you have Gaon’s approach. It’s just Kimbap Cheonguk diner fare with pretty plating.

I started having a problem when Hayler started wandering the rabbit warren of comparing Korean cuisine with European. They had to have been gotcha questions. I have enough experience with this to say, “No comment.”

I’ll lead with a quote from Hayne Kim, who I find to be an interesting voice when it comes to Korean and western cultures.

I’m no nationalist (grew out of THAT unpleasant phase years ago) but I found his tone problematic and, as he admits, ignorant. I’m not one of those kimchi-philes (must use kimchi to take over the world is one of the stupidest ideas the Korean gov’t has had) but found it weird that he compared it to white truffles. Also the fact that he says Korea has no uber rare and exotic ingredients. Korean ginseng has a huge following from what I understand, as does the Jeju black pig–albeit, the pork is more domestically known.

And a quote from my friend Dan Suh. He is the top Korean food importer in Europe, based in New Malden and currently living in Seoul.

Michelin was lobbied to come to Korea, and there is a particular bias towards one businessman. I had an argument with the Chairman of the Michelin Guide about it, and although I was very open-minded to what he had to say, my opinion still stands.

Korean food is intricate in its own way but lacks the refinement in cooking techniques that French cuisine possesses. There are something like 14 main ingredients to Korean food, which means you can make so many dishes from those ingredients. That, in itself, is a fantastic achievement and shouldn’t be devalued. But at the same time, Korean food needs to advance and realise that it is pigeon-holed and isn’t refined. That’s why I like what some modern chefs are doing (successfully and unsuccessfully), such as at Jungsik, Mingles, Ryunique, Exquisine, by combining classic French techniques with Korean ingredients and flavours.

As for Andy Hayler, he’s from the same bunch of critics as Jay Rayner and Fay Maschler, who had a critique removed of a Korean restaurant after she criticised it for not having coriander (cilantro), fish sauce, and chillies in the japchae, and her review was bombarded with hundreds of people laughing at her. So, in truth, British critics are completely ignorant of some of more niche cuisines, such as Korean.

I’ve eaten at Ra Yeon, and in truth, it was extremely delicious but the prices do not justify the quality of the food.

What this does, really, is throw the integrity of the Michelin Guide into doubt.

I’ve also noticed a good bit of condescension (maybe leftovers of an colonialist POV), from British and European expats regarding Korean food. Heck, try to get any Brit to pronounce Korean words like Pyongyang correctly.

A bad week for Brits and Korean food credibility this week, along with Gordon Ramsay praising Cass in an ad.

It is not unusual for local governments to lobby and help pay for the Michelin Guide to publish a guide on their city. The question is whether they felt pressured to award three stars in their first Seoul Guide, when some cities don’t even have three-star restaurants. According to the other article, Michelin is claiming it had Korean inspectors for their Seoul Guide. Part of me still wonders, with my experience with Korean food critics and bloggers, that they thought more about impressing western elites than honestly evaluating restaurants.

The ingredients claim kicked everyone in the gingko nuts. Started a lot of arguments. Truffles are great. I loves me some truffles. Foie gras. If you want to be nerdy, you can point out that the French got it from the ancient Romans. They are only great if prepared well. Boiling a truffle isn’t going to taste as nice as shaving it into a risotto. I’ve had badly prepared foie as well, where it had the texture of crispy snot.

Unlike even one of the Korean experts interviewed in the article, I believe Korea has some great ingredients that the three-star restaurants ignore.

Ginseng regularly gets slammed into dishes. When eaten straight, it’s like licking dirt. Yet I’ve had an amazing interpretation of Samgyetang that was a consomme heightened by a kiss of ginseng, served with a little twig of ginseng tempura. The dirt flavor gave way to more complexity and had a cooling effect on the palate.

Deodeok is an unsung hero. It’s a root, mostly grown in Gangwon Province that, to me, tastes like a light horseradishey carrot. Why aren’t more restaurants playing with this? My first pop-up, we made a makgeolli cream cheese start and topped it with candied deodeok. It was a revelation.

What about naengi? It’s spicy, pungent, and smells like a crackling fireplace. This is an herb that the world has yet to discover the joys of.

The real strength that distinguishes Korean from most world cuisines…

Yeah, we all know kimchi (of which there are over 200 varieties and counting). doenjang, gochujang, and soy sauce. These take skill and time to make well. Maybe more skill and definitely more time than Hayler’s comparison to French demi-glace. We also have artisanal fruit and vegetable extracts. Jangajji, fruit and vegetable soy pickles. Why don’t we see more of these in fine dining?

There is one restaurant I know of that features artisanal ingredients like these. Congdu. They have a dish that showcases a flight of different aged soy sauces. I’ve even gotten to try a teaspoon of 100-year soy sauce. They have a bean sauce that was revived from the Goryeo period (918-1392 CE). They source their ingredients from Korean masters, who have been perfecting their crafts for generations. The flavors transport. It feels like, “I thought I knew Korean cuisine. Now I’m into something deeper.”

Last time I was at Congdu, I ran into Hyeonseo Lee, author of The Girl with Seven Names. She said she had been eating there every night for a week because the food was so moving.

I don’t think Congdu has any Michelin stars.

In the end, those two articles pointed out the weakness of the Seoul Michelin Red Guide. Hayler may not be an expert on Korean food, but he is an expert on Michelin restaurants.

There are much better restaurants in Seoul than the Michelin suggests. And Korean ingredients have more unlocked potential than people think.