I seriously don’t get it.

Has the world gone MAD?? 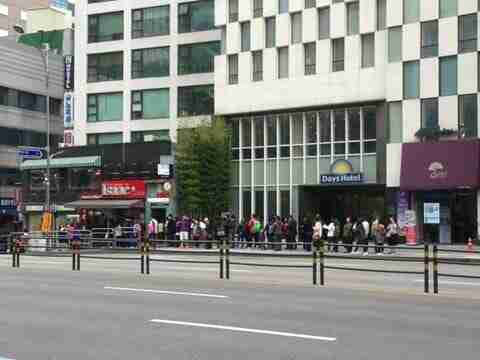 When I first came to Korea in 2004, I had some cultural adjustment to do (understatement). Breakfast was one of them. The closest I could get to a western breakfast at the time was Isaac Toast. But it was SO BAD that I just resorted to samgak kimbap from convenience stores instead.

Isaac Toast is only good if you’re drunk, stupid, or both.

Lovely buttered toast, egg, grilled ham, cheese, and WHY THE FUCK DID YOU JUST DUMP A LOAD OF SUGAR IN MY SANDWICH??

Isaac Toast has always done the same thing. They make sandwiches that seem good, and then they have to ruin it by throwing cheap shredded cabbage and some sweet sauce on them. I’m a grown-up. I don’t need my food to be turned into candy. 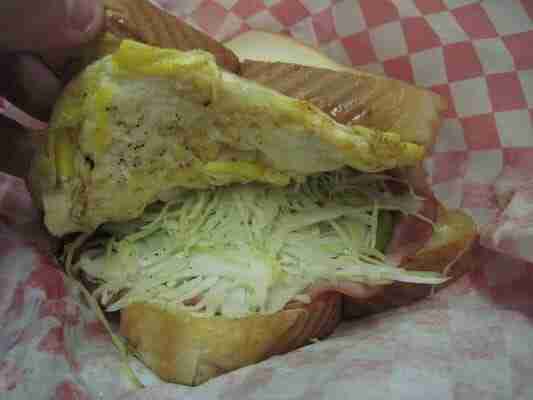 People line up for THIS?

Sandwiches are to Americans as kimbap is to Koreans. Imagine the uproar if a place called Woori Kimbap that people were lining up for in America was selling tuna and ketchup kimbap rolled in sugar? AND if those lines were sucking the business away from legit Korean restaurants?

Isaac Toast has been a running joke for as long as I can remember. It’s the poster child for how places in Korea ruin foreign food.

Is it cultural appropriation in Asia?

I don’t care. It’s taking something I grew up with and enjoyed, and taking one slow sugar-coated shit on it. This would have been fine if there were examples of foods from my home culture readily available that didn’t get the 80% rule treatment. But no, this was what we were stuck with when we got a little homesick and were so desperate for a taste of home.

While at the same time Korean students and such overseas are being heeded in news articles for complaining about the Korean food in cafeterias and restaurants not being the same as their mom’s home cooking.

Korea is great at so many things–except sandwiches. You won’t find the equivalent of a Banh Mi here. It’s not traditionally a part of the food culture. It’s a foreign import that’s been adopted out of context and mutated.

One reason for sandwiches and other foreign foods being transformed into dessert in Korea is that sandwiches aren’t considered a meal. You won’t find a Korean parent packing a sandwich in her child’s dosirak outside of being a snack. Sandwiches are in the same category as cake. They are to be eaten with a hot beverage as a snack and not as a meal.

I listened to a podcast where the author of a book on espresso posited that when cultures adopt foreign foods, they first tend to sweeten them. She was using that to illustrate how Americans adopted Italian espresso by turning it into Pumpkin Spice Lattes. This also holds true to Korea, whether it be sugared garlic bread in Italian restaurants, honey mustard smothering Turkish kebabs, or a bag of Nacho Cheese Doritos that tastes like Cheesy Frosted Flakes.

This wouldn’t be so bad if there were alternatives. There aren’t. And this wouldn’t be so bad if Koreans overseas weren’t so vocal over every culinary slight to Korean cuisine. You can’t demand others not alter Korean food because “I’m Korean” while also excusing Korea mutilating foreign food because “I’m Korean.” That’s the child demanding to play with others’ toys while not sharing his own–Korean Exceptionalism.

What offends me by these lines is not that they’re doing well. It’s that disgusting fake food is taking business away from authentic non-corporate restaurants, and these great restaurants are closing down every month because of these trend zombies. Actually, they’re mostly tourists in Myeong-dong, which reinforces my rule that there’s hardly any good food in Myeong-dong.

People outside Korea give it a pass when it comes to non-Korean food because of some orientalist exoticism. They won’t admit that a ketchup sandwich is equivalent to trailer park food because it’s ASIAN.

Isaac Toast is an abomination to humanity. It is an evil mutation. Eating Isaac Toast without extreme inebriation and desperation is a criminal act. STANDING IN LINE to eat Isaac Toast puts you in the Venn Diagram between ISIS and Trump supporters. 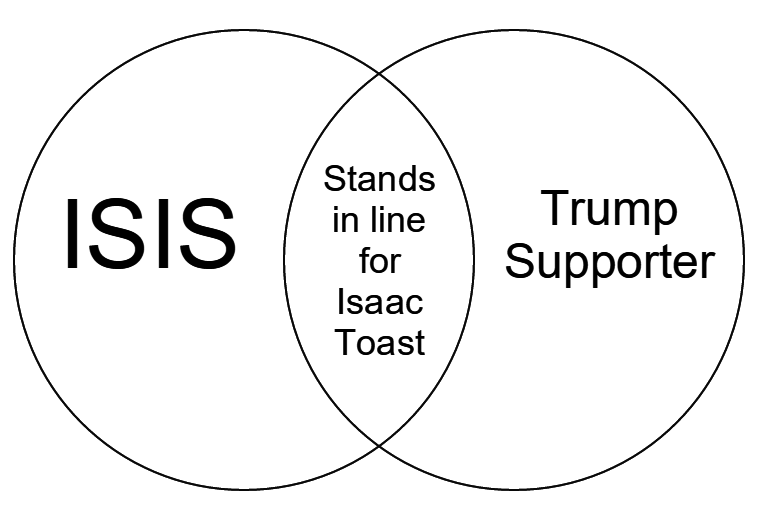 (Man, and I thought the churro craze a few years ago was dumb.)