Do you give reviews for comped meals–and other myths 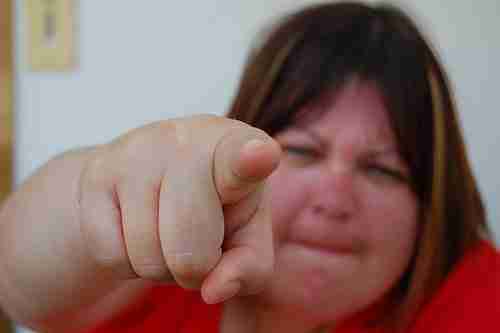 Wow, the conspiracy theories grow and grow about how we do things at ZenKimchi. And there’s a lot of willful ignorance out there. Here are some new things I’m going to add to our FAQ.

Do you give good reviews in exchange for free meals?

From the beginning, it has always been a policy of ZenKimchi that none of its writers and editors will write good reviews in exchange for free meals. That’s a disgusting practice. We’re registered with Blog with Integrity (see the footer of this page). What’s sad is that we’re one of the few food blogs in Korea that don’t do that. We, in fact, have missed out on many freebies because we refuse to play that game. Our integrity is worth more to us than a free meal. Geez! We’re not desperate.

There are times when we do receive comped meals, and we disclose that in our posts. We also make sure the restaurants know that we have editorial independence in our reviews.

Are you a government stooge?

This is one conspiracy floating around Dave’s Negative Circle Jerk. They obviously haven’t any of my rants about how the government has screwed up Korean food promotion. Also, in my experience with government contacts, it’s hardly some monolith that demands little food bloggers to pay respects. Usually, when I’m contacted by someone working in the government, they don’t know who we are. So what I say on this blog hardly matters. The government doesn’t read it. The government doesn’t pay me. I’ve participated in things with agencies in the past, but that doesn’t buy me off. If you worked for Domino’s Pizza for a while in college, are you obligated to always say nice things about Domino’s?

Why do you hate Korea so much?

(Putting on sarcasm hat) I hate Korea so much that I’ve lived here for over nine years, married a Korean, and now have a Korean daughter. (Removing sarcasm hat) To some people, usually with some ethnocentric nationalistic mindset, I can come off as being negative about Korea at times. It’s usually because I love the country, and I know it can be better. I also want my daughter to grow up in a better Korea.

Why are you such a Korean apologist?

But the other guys accuse me of hating Korea? What are we doing wrong? Or is this proof that we’re doing something right?