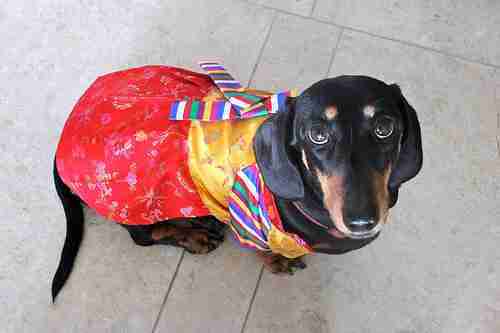 This is long past due.

FACT: Other countries eat dog too.

China. (Why China’s dog-meat market has expanded – The Economist)

Indonesia, (Indonesians’ Taste for Dog Meat Is Growing, Even as Others Shun It – The New York Times)

Even Switzerland. (Farmers in Switzerland routinely EATING cats and dogs with their meals – Daily Mail)

Where are all the dog meat jokes about these countries?

Again, China. So why is Korea getting all the blame?

Over 70-percent of adult Koreans in a 2017 survey don’t eat dog. That’s a rapidly growing number as well. In fact, it’s hard to get exact figures these days about actual dog meat consumption. You can see it with the closing of the dog meat restaurants, markets, and farms. Not because of Westerners shaming Korea. It’s because Koreans just don’t eat it anymore. Particularly young Koreans. It’s a habit for the elderly.

FACT: Koreans have been actively eliminating the dog meat industry.

According to Wikipedia, the number of dog meat restaurants have gone down by half in recent years, and even that figure is outdated. It’s declining more rapidly than that. This has been possible through media and activist awareness BY KOREANS. Not by Westerners shaming Koreans.

I’d argue that the condescending stereotype from Westerners has had the opposite effect, causing some Koreans to become defiant, circling the wagons to defend a cultural practice that goes back to the fall of the Roman Empire. It takes a little time to change an almost 1500-year tradition. I’d say things are going rapidly.

The Korean president adopted a dog, rescuing it from slaughter. There’s a bill in the works to close down the farms. But even without the legislation, dog farms are closing.

The Moran Market, the infamous dog meat market, has closed down. In 2015, there were 17,000 estimated dog farms. Two years later, that went down to 2,800. That’s an over 6-fold decline. Farmers are trying to get out of the industry. They’re accepting compensation to move to different types of farming. It’s not like these folks have the funds themselves to just switch over. That requires a lot of capital investment. And these guys want out.

But sure. Cling to your old stereotypes.

One-third of Korean households have pets.

We have TV shows all the time about cute and mischievous dogs. We have active and growing pet sale and pet accessories industries. Have you seen all the cute dog clothes we have in Korea?

FACT: There is no Korean dog meat festival. That’s in China.

People are confusing this with Boknal, which are three days scattered through summer that are considered the hottest. There was a time when dog soup was considered a medicinal necessity to help with those days. Or frankly, to help with a flaccid penis.

In modern times, ginseng chicken soup (Samgyetang) has replaced that on the medicinal side. The little blue pill on the other side.

It’s China’s Yulin Festival you’re thinking of. Modern Chinese are mostly against it. But I understand. You made a mistake. Confused China and Korea. All those Asians look alike, huh?

It feels SO GOOD to set yourself in a morally superior position. I get it.

Congratulations! You are morally superior to these backward Asian people.

Yes, Karen, step away and respect that your finger wagging is another form of colonialism. Koreans are doing fine in taking care of the dog meat issue. They don’t need White Savior Becky to set the natives on the correct path, especially if you’re hijacking benign Korean food posts to scold the Korean race.

This racist stereotype is beating a dead horse.

The Koreans-eating-dog-meat thing is old. It’s stale. And considering that hardly anyone in Korea eats it anymore, it’s racist. It’s another way The West can feel superior.

I’m not even going to go down that rabbit hole about the questionable morality of how humans decide which animals are fit for consumption. (Oh, and the French eat cute bunny rabbits.)

Whenever South Korea rises to prove that it went from a poverty stricken country to one of the most high tech countries in the world–with much faster internet than you got, Douggie–y’all gotta go back and do the dawg thang.

Don’t you find it hypocritical that it’s racist to stereotype certain ethnicities with certain foods, but it’s okay to stereotype one ethnicity for eating a food it barely eats anymore?

Why? It’s okay to stereotype Koreans?

Oh, and that Olympic skier Gus Kenworthy with the dog farm story? A lot of facts got grossly distorted because they didn’t fit in with the White Savior narrative.

There is still some road to go. But I’ve been seeing so much ignorance on the internet, like people saying they won’t visit Korea because Koreans eat dogs (though they’d visit China and other dog eating countries).

This isn’t 1988 anymore. There will definitely be a time when saying, “Koreans eat dog,” will be as minstrel as making slanty eyes and bucked teeth.