Well, that was a year, huh?

Things are going seriously well in the world of Korean cuisine. Restaurants like Hanjan, Jung Sik, and Danji are getting more accolades and praise. Hanjan made it into The New York Times’ top ten restaurants in the Big Apple. Danji maintained its Michelin star while Jung Sik received two. The Seoul food scene exploded and became a world contender. When everyone else was figuring out what to make of the Cronut craze in Manhattan, Seoul was the first international city to make versions of it. The beer market got a serious boost, as did Mexican cuisine and the concept of the booth bar. So, what do we have in store for 2014? First, let’s take a look at my scorecard from 2013.

Garosu-gil going out — It hasn’t dived as much as I was expecting, but it has grown more into mediocrity. You know, the quickest way to make something sexy and hip very unsexy and unhip is to have it glommed onto by government and corporations. A few standouts exist there, but nothing new is really happening.

The demise of brunch — Not as much of a demise as a plateau.

Coffee shop saturation — The market’s saturated, but coffee shops are still quite popular.

Kebabs fading away — Yeah, they only exist in Itaewon now and in honey mustard monstrosity form in department store basements.

Better value restaurants — There are a few holdouts whose business plans are to hike up the prices to attract Seoulite rubes. But most people this year were more into value than overpriced crap.

More Mexican — This has to be the biggest foreign food trend in a decade!

Pop-up restaurants — More pop-ups happened this year, and the word “pop-up” has invaded Konglish, as pop-up sales and pop-up stores, um, pop up.

Hapjeong — Yes, this area in southern Hongdae got more prominent and started getting some media attention towards the end of this year.

Itaewon — The gentrification continued strongly. The extending of the alley behind Hamilton Hotel created a trendy district that Koreans flocked to.

Craft Beers — Wow! Bigger than expected. More beers entered the market. More companies started. Even Hite felt the pressure and came out with Queen’s Ale. And let’s not forget the beer fest at the Food Expo this year that was so popular it got moved to a different section.

Pizza Renaissance — Pizza did get much better and hasn’t faded at all.

Better fine dining and more chef-owned restaurants — Unfortunately, this wasn’t this case. The comments I still hear from much bigger food writers than me is how disappointed they are with style-before-flavor overpriced fine dining. We also lost one of the best chef-owned restaurants, Bean Table, as it moved to the more appreciative market of Brooklyn, New York.

So, here they are…

The craft beer movement may have moved a bit too fast. With all these microbreweries starting business, there really is just one brewery in all of Korea that’s handling the workload. Yes, one brewery brews all the domestic microbrews by license. The companies give it their recipes, and it brews their products. One downside now is that demand is far outweighing capacity. There are rumors of shortcuts being taken and complaints of inconsistency, as well as claims that some of the microbrews are really just the same beers with different branding. The grapevine–sorry, not the right phrase–the wort on the street is that another brewery is being built by another company to handle this new demand and to create more competition.

Hapjeong will continue to grow stronger. Yeonnam-dong, on the northern end of Hongdae, and its high quality coffee shops will become a tourist destination. Hongdae itself will become even more prominent as the place for tourists to go, rather than Gangnam. Hannam-dong will see more interesting eateries while Cheongdam-dong becomes the new testing ground for new concepts. Now, on the radar, on the southern suburbs the newly developed area in Pangyo looked to be growing a lot when I went down there last week. There’s a reason Craftworks decided to open a franchise there.

The Year of Good Booze 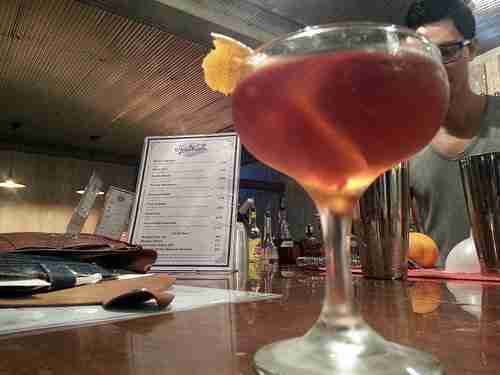 Craft beer won’t be the only innovator. There’s a growing movement to revive Korea’s lost arts in traditional liquor making. As far back as ancient times Chinese documents praised the Korean peninsula for being good at making alcoholic beverages. The reputation died during the Japanese occupation, when it was made illegal. The methods are being exhumed and given life again. Makkolli will also continue to innovate. The canned makkolies from this year will become more prominent while more flavors will entice the public. Oh, and those cocktails are truly going to keep pouring.

Mexican food will continue to reach into all parts of Seoul while the pressure to produce better quality will increase. American BBQ, thanks to Linus and his efforts, took a serious foothold this year and likely will climb higher. The big worry is that this is a cuisine that doesn’t cotton on well with the shortcuts Korean businesses like to take. There was a big demand for Christmas turkeys and traditional western holiday foods this year, and this demand was from Koreans. Expect this to continue. On top of this, experts are saying that rules to restrict overgrowth by Korean franchises is making it easier for foreign franchises to enter the market.

That little trend of people live streaming videos of themselves gorging decadently will go the way of Gangnam Style.

Tiny pub. Limited menu. We’ve seen this grow popular with The Booth, Magpie, Brew 3.14, Scout, and a little trend of bars that serve nothing but draft beer and batter-dipped French fries. And speaking of Scout, the hipster gastropub will fill the craving that white linen fine dining refuses to satisfy.

O’Sulloc is steadily making more of a presence with its gourmet Jeju teas. A Singaporean teahouse chain has landed in Cheongdam-dong with aggressive plans for expansion. But will it make a dent in the maddening coffee culture?

Food producers are already rushing to raise their prices for the new year.

We’re seeing more urban agriculture. There’s a Meetup group promoting it. Restaurants like Chili King use ingredients from their onsite gardens. The Seoul mayor has a garden in his office. Organic foods are hitting the public conscience even more. There is even a pilot program launching early 2014 that brings boxes of organic produce directly from farms to customers’ homes. 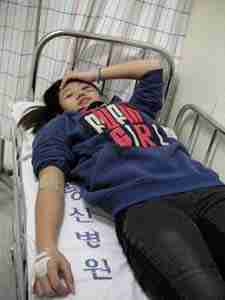 The government is again trying to improve restaurant menu translations. But also, there will be more of a demand for strict enforcement of sanitary standards. Putting a ton of money into Korean food promotion goes down the toilet when news of 36 Taiwanese tourists getting food poisoning in Korea gets traction.

More Mixing with Other Cuisines

Korean food has hit its peak as a novelty in North America. Korean restaurants are tantalizing diners in more and more crevices of the continent. Now people are going to start making it in their homes, incorporating galbi jjim and kimchi in their daily diets. Where Korean food has already established itself, diners will want to try other aspects of the cuisine than the usual barbecue and bibimbap. Maybe this is a chance for Korean alcoholic beverages to come alive. There have been developments to make makkolli survive longer than 30 days, making it more feasible for far-off export. Makkolli breweries are appearing in the US. The fact that Hanjan, basically a Korean pub, is creating buzz in Manhattan signifies that there is at least an interest. The growth now is in the UK. More articles are appearing in my feed from there, so it looks like what happened in America is starting to happen in the UK. Korean food corporations, though, will ignore all this and futilely funnel more money into promoting Korean brands that serve foreign foods, like bread, pizza, fried chicken, and freaking Mad for Garlic. And Bibigo will still be a money pit.

That’s it. The crystal ball has grown dim. What are your predictions in Korean food and the Seoul restaurant scene for this year?