The ad network and community Foodbuzz has officially launched. They have been so good to me this past year, including–well–including ZenKimchi in their “24, 24, 24” global dining event (BTW–feel free to “buzz” ZenKimchi as...

Guess Which Chef Is in Korea?

Been involved with hooking this show up with restaurants, guides and research and suggestions the past few weeks. If you read the other blogs, you know which show this is. Can’t reveal much more until it airs. There will be some fun behind-the-scenes tales and...

My partner in culinary crime, Daniel, has changed his site from Epicourageous in Seoul to Seoul Eats. It looks like it’s going to concentrate more on food events and actual places to eat in Seoul, an area that I woefully come short on (considering I live...

Joe at The Joshing Gnome was highly disappointed (understatement) about his experience at the Seven Springs steakhouse. 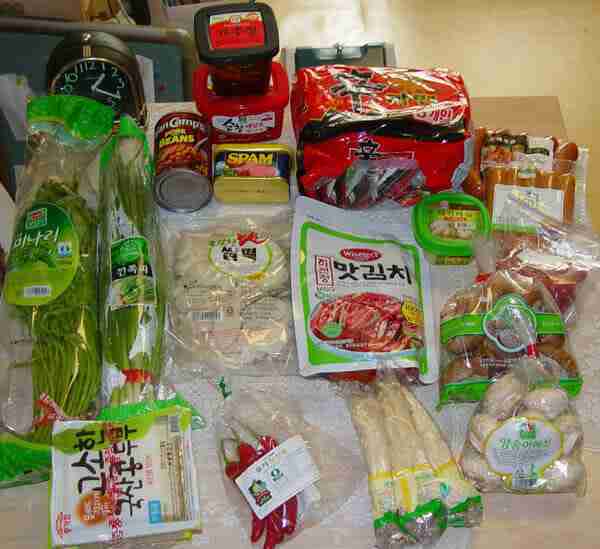 He did it. That’s a lotta ingredients for soup. Mr. Hominid the Hairy has made a gourmet Budae Jjigae and is getting ravings around the web for it. It looks nice. Much prettier than mine.

The Korea Times has a small interview with the young Australian chef Paul Schenk and his inspiration in Seoul.
« Older Entries
Next Entries »